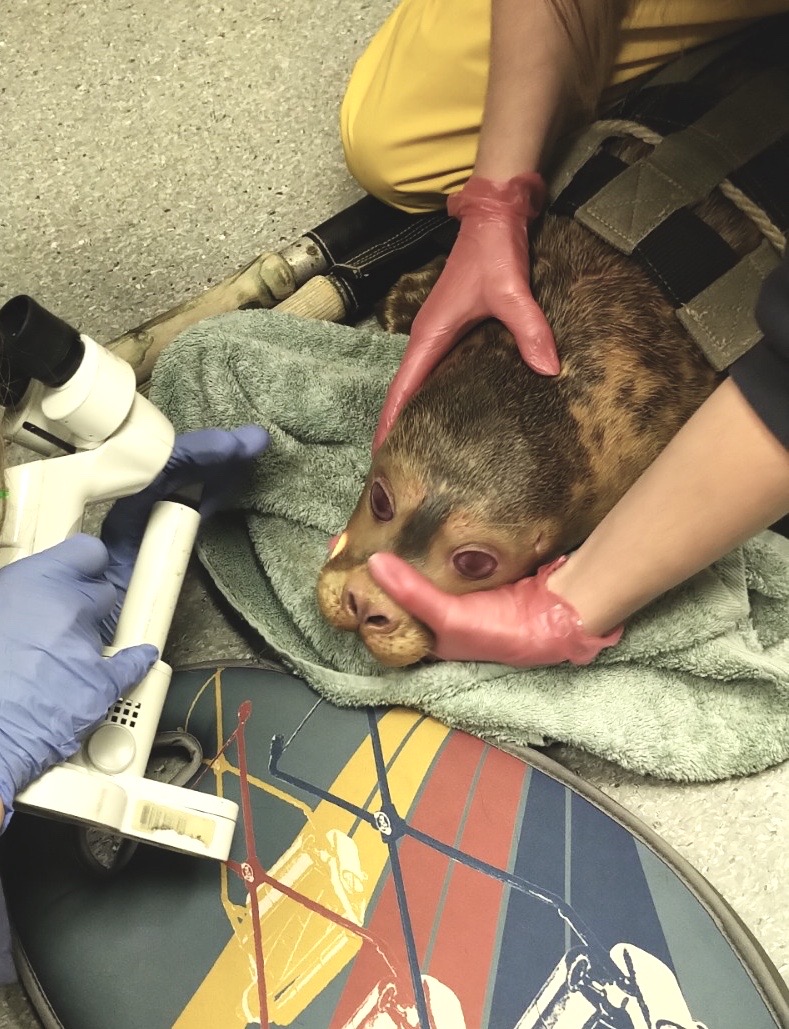 In November last year, the Ophthalmology Department at Together for Animals member Animal Health Trust (AHT), had the delight of examining a pup of a very different kind – an abandoned harbour seal pup! 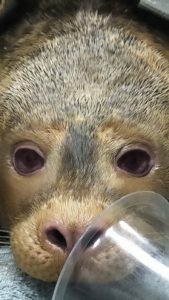 Jon Bon Jovi, who had been rescued by the Hunstanton Sea Life Centre, had unusually red eyes and was struggling to see food that was offered to him by staff members. AHT’s Ophthalmology Department were asked to examine his eyes, to find out if he would be fit for release into the wild.

Having performed a full ophthalmic examination, AHT’s specialist team found that Jon Bon Jovi’s eyes were red due to him being an albino and lacking pigment in his iris! This also meant that he was photophobic (shy of bright light), which was making it difficult for him to see in the bright artificial lighting he was housed in. Other than that, his vision appeared fine and our team recommended that Jon Bon Jovi would likely be better suited to life in the wild, where he would be hunting in the dim, murky English waters!

Hunstanton Sea Life Centre has now released Jon Bon Jovi back to the colony where he was originally found – we’re so pleased that AHT helped him on his way!

Funds raised by Together for Animals supports the vital work in the development of diagnosis and treatment for diseases and injuries in animals.