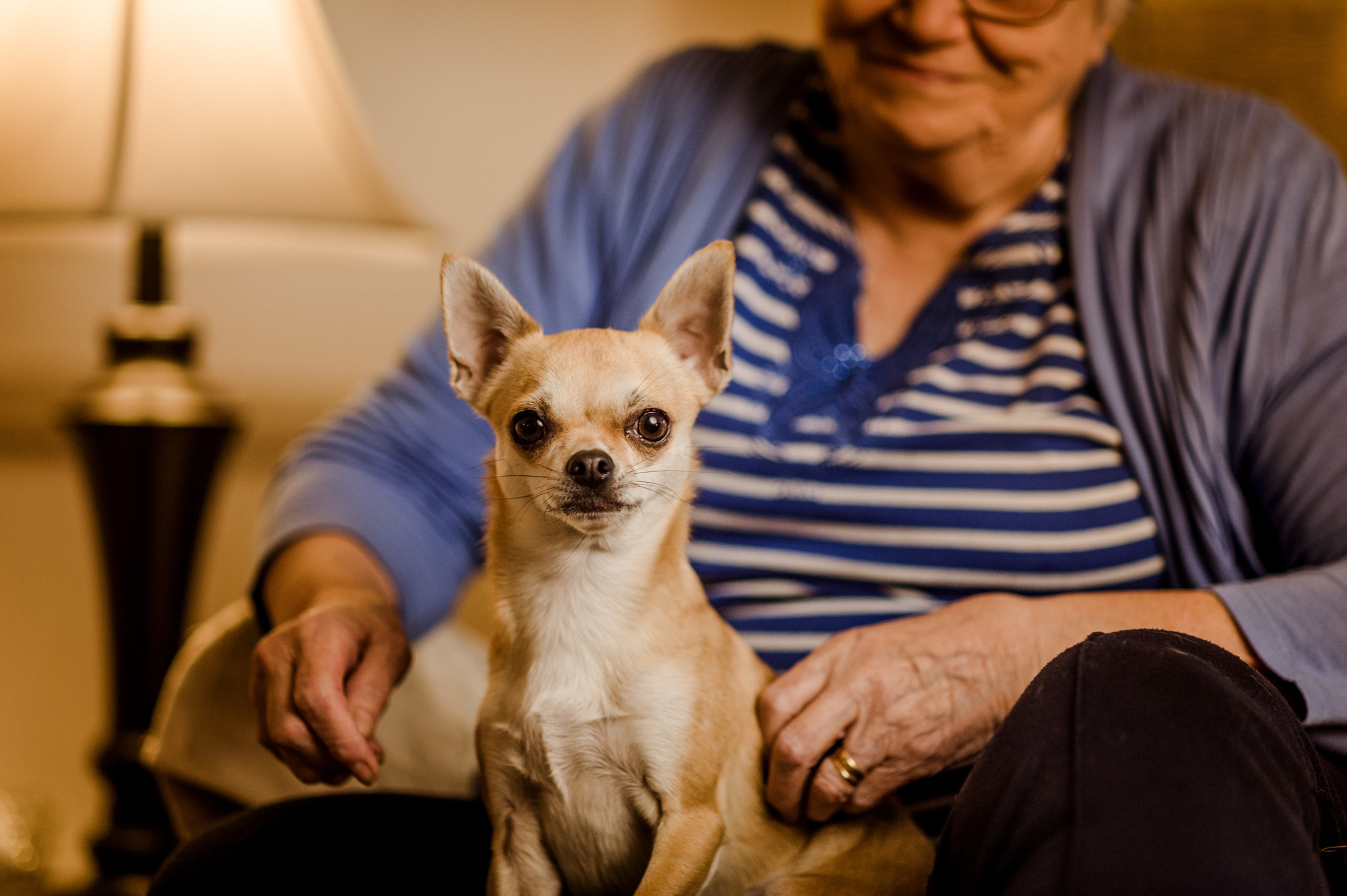 When Maureen Lenehan was turned away from a pet rescue centre for being “too old” to rehome a dog, she lost all hope of finding a four-legged companion to ease the loneliness she was feeling.

Seven years earlier she had lost her beloved husband, followed six months later by the family cat Chester. Maureen desperately wanted a dog to help fill the void, but initially feared that another pet may be too much of a tie.

“Everyone kept saying to me you’ve got the freedom to do whatever you want,” said Maureen, who had owned dogs throughout her 56-year marriage. “It was true – I could go here, there and everywhere, but that’s all very well until you get home and all you’ve got is the television.”

After much thought, she started her search for a dog and was delighted when she came across a Chihuahua that needed a home at a rescue centre.

“It was all going well until the moment that I told them my age. They told me that I was too old. It was very upsetting, and I lost all hope,” said Maureen.

But, seeing how heartbroken her mother was, Maureen’s daughter Emma didn’t give up. Thankfully, Emma came across Together for Animals member Blue Cross, where age is no barrier to rehoming a pet. She found a Chihuahua called Bandit at their Tiverton centre in Devon, described as a “tiny chap with a big personality”; he had plenty of love to give and was at his happiest around people.

Emma and Maureen made the seven hour-round trip from Walsall in the West Midlands, to meet the two-year-old dog, who had to be given up by his previous owner due to a change in circumstances. The rest is history.

“Myself and Bandit gelled straight away,” said Maureen. “He walked through the door and the first person he made for was me, and he was straight on my lap and all over me.”

Bandit has wasted no time in settling in with Maureen at home either. They go for a walk each morning and then play in the house with Bandit’s forever-expanding collection of toys.

“He’s just adorable, the best thing that’s ever happened to me,” Maureen said. “He makes me want to get up in the morning. In fact, I think he’s given me a new lease of life – I feel younger now than I did at the beginning of the year. So we’re just right for each other.”

The incredible bond they share is clear for everyone to see. Her daughter Emma says: “I haven’t seen mum smile like this since before we lost dad. To say it’s a match made in heaven would be an understatement.”

Maureen has only one complaint, and that’s how Bandit – for a dog so small – manages to take up so much space in the bed.

Laughing, she said: “He seems to grow in the night. He glides his way closer and closer until I’m out of bed and then I go round the other side and get back into bed and he glides back again. He just wants to be as close to me as possible.”

But for both of them, the gift of unconditional love that they’ve given each other is the best present of all, and one that money can’t buy.

Funds raised by Together for Animals supports the work of Blue Cross, and helps find loving homes for abandoned, neglected and unwanted animals. To help animals live happier, healthier lives text PETS to 70085 to donate £3 or visit our donate page.