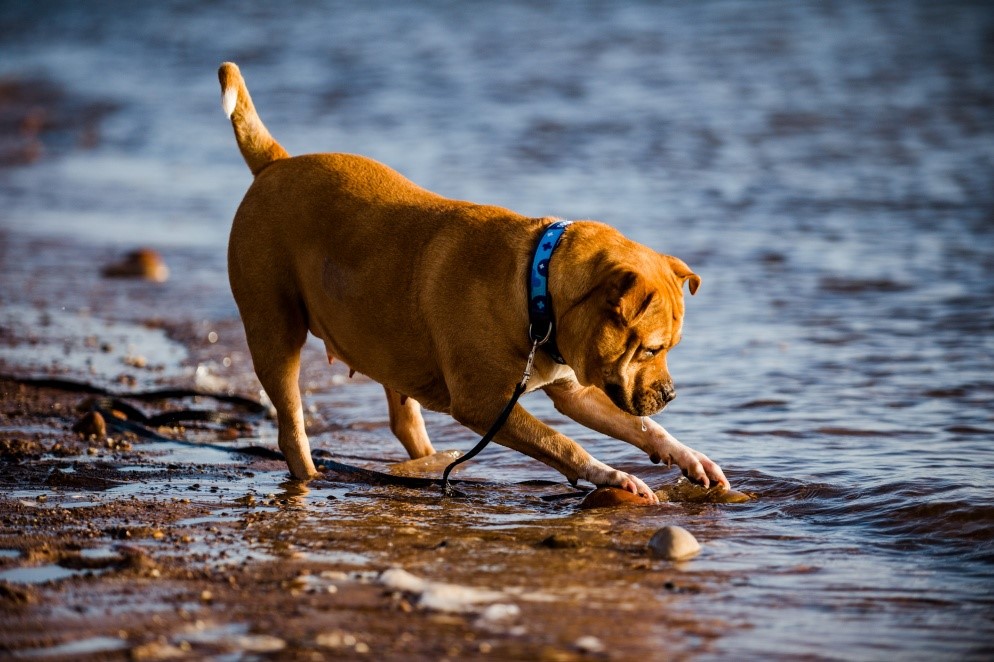 After being diagnosed with incurable kidney cancer, this one-in-a-million dog is spending her remaining time cramming in as many adventures as possible, while helping other dogs in need.

Bumble may not have the years ahead of her that such a special dog deserves, but the love, fun and adventure filling her remaining days would be enough to last most pets a lifetime. 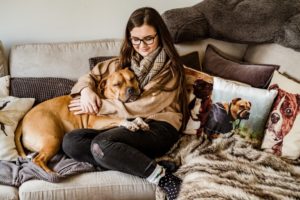 From beach trips and shopping sprees to parties and painting sessions, the American staffie-cross is busy ticking off experiences on an ambitious bucket list, all in between helping other dogs arriving in Together for Animals member Blue Cross care.

Bumble found herself at the doors of Blue Cross’s Tiverton centre back in November. She had been seized by police after her previous owner allegedly used her to threaten officers, something that anyone who meets this loveable and affectionate girl struggles to get their head around. Nobody knows what other sad times lie in her past.

She immediately stole the heart of Charlotte Mullarkey, an Animal Behaviour Coordinator at the centre who agreed to foster Bumble due to health concerns flagged on the four-year-old dog’s arrival.

Although otherwise bright, Bumble immediately started to urinate blood and a scan at the vets soon revealed that she had mass in her tummy. Vets investigated further when neutering her and discovered a cyst on her kidney. Antibiotics failed to cure the condition, so the kidney was removed and the tumour on it was found to be cancerous.

Devastatingly, Bumble continued to have blood in her urine as the cancer had spread to her remaining kidney. She was given just months to live.

Charlotte officially adopted her there and then, determined to give her the best life possible in what time she had left. She soon created Bumble’s bucket list and a scrapbook documents all their adventures together.

Charlotte said: “Because I don’t really know what kind of life she’s had before, I want to give her the best time she can have for however long she’s got.

“Some of it is just kind of normal for dogs to do, like going to the beach – but those are things that I don’t think she’s ever done. Some are obviously more extreme things that I’d love to try and do, but it’s just about spending time with her. She’s so happy go lucky so she enjoys everything, really.”

And while Charlotte was there in Bumble’s hour of need, her four-legged friend was there to help her through a particularly difficult time in return. They have been there for each other when they needed it the most.

Charlotte explained: “I had quite a lot of stuff going on personally to do with my relationship and that kind of ended the same day as her operation happened, so that was tough.

“Mental health wise I was really struggling as well so, again, around the same time I’d just been put on anti-depressants. So, it was awful.” 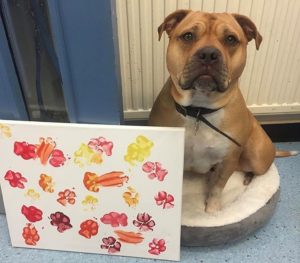 Now living alone and working full-time, Charlotte feared that she might not be able to keep Bumble. But the team at Blue Cross Tiverton made arrangements for Bumble to join her at work, especially since she had shown such good manners when greeting other dogs at the centre.

“I happened to have a doctors’ appointment the day after her operation and the doctor actually told me that she wanted me to keep her because from hearing about her, she sort of said: ‘I think this will help you’.

“Bumble is very tuned into emotions. She gets quite worried when people are crying, she’ll come up and lick your face and she’s very cuddly. She’s quite a caring dog.

“So, she’s kind of pulled me out of that really. She’s just changed my life, which is why it’s been so difficult [to deal with the diagnosis], but obviously the good still outweighs the bad.”

Due to her gentle and intuitive nature around her own species as well as humans, Bumble has gone onto become an invaluable member of the centre team.

She helps with dog introduction assessments and has even become an unofficial therapy dog for the staff.

Laura Sayer, Operational Supervisor at the centre, explained: “Bumble is an extremely important member of the team here at Blue Cross Tiverton.

“She’s an excellent ambassador for the charity; she is really useful when we have new dogs coming into the centre. We can use her – her enthusiasm and love for people – to introduce other dogs. So it’s great to see from a behavioural perspective how those dogs interact with her.

“But also, from a welfare perspective for staff, she’s really important. We work in animal welfare and it’s a challenging but really rewarding environment, so when we get those frustrating days it’s always nice to be able to come in and have a Bumble cuddle.”

Laura said that the team all “love her dearly” and that her sad diagnosis had hit them all hard.

She added that the team are doing everything they can to help Bumble fulfil her bucket list and ensure that her time with them is as “as enjoyable as possible.” 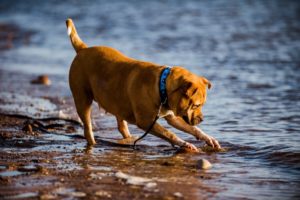 Things Bumble has ticked off her bucket list so far include a cheese night, celebrating a half birthday party, forest walks, paddling at the beach, a duvet day, meeting a puppy and creating her own piece of artwork.

She has even enjoyed a shopping spree at her local Pets at Home store in Exeter, which generously gave her a £600 voucher to spend on herself and her friends at the centre.

Bumble zoomed down the aisles of the store, picking out toys including a giant cuddly broccoli, a dinosaur and a unicorn friend, as well as a fancy new coat and a dog agility set for the centre.

All this has been alongside her incredible work for Blue Cross, during which she has helped socialise dogs of all sizes and ages to build their confidence with their own kind.

Among the things she still needs to tick off her list are going on holiday with Charlotte and meeting a celebrity.

Charlotte added: “It’s really nice, but it is still sad at the same time. Although it’s lovely that we’re cramming it all in, in the back of my head, I’m thinking: ‘what if I don’t get to do this thing or that thing?’

“But I try not to think about it too much. I just kind of act like she’s every other dog really. It is really rewarding as well as I know she otherwise wouldn’t be able to do this.”