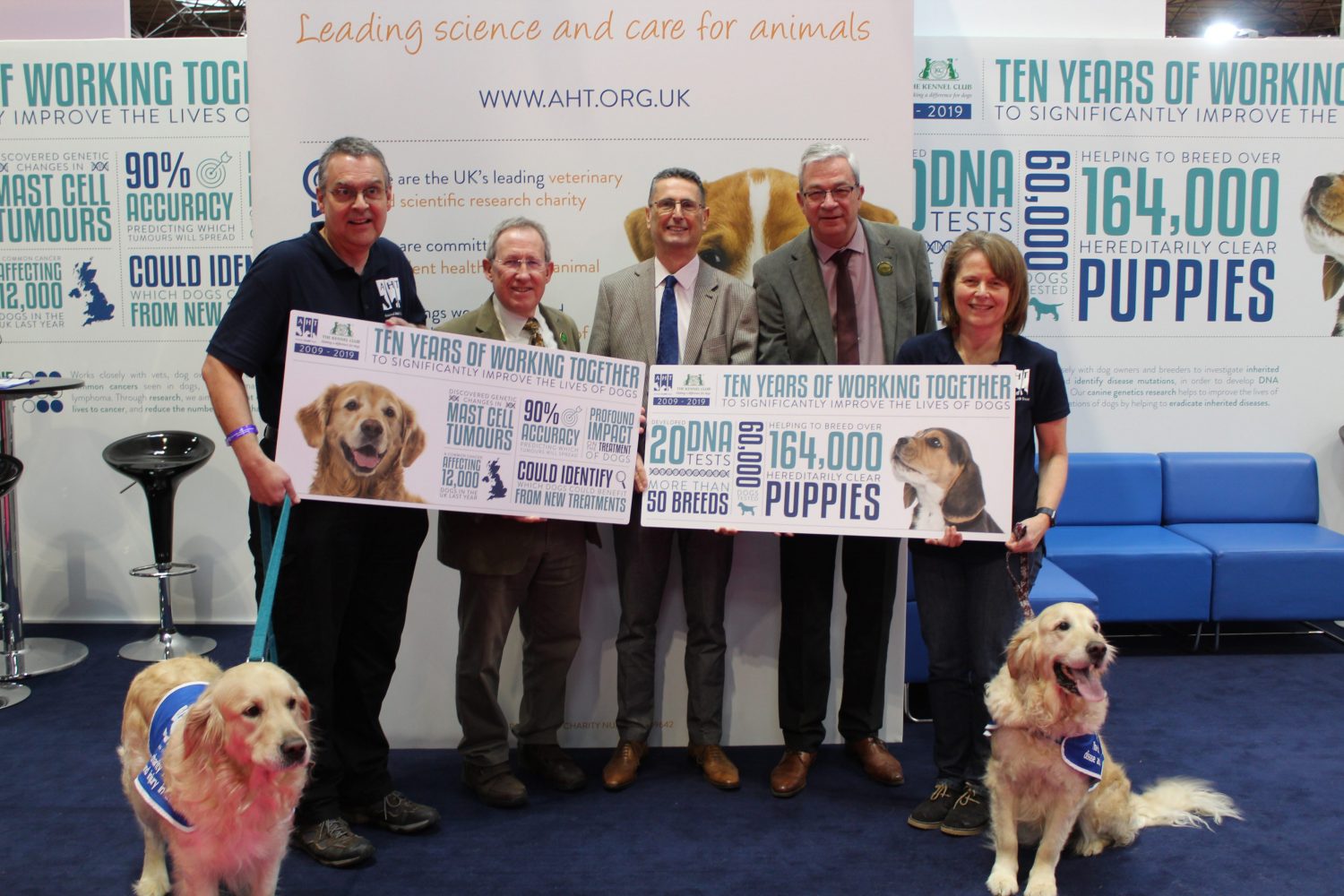 17 June 2019 marked ten years since the Kennel Club and Together for Animals member Animal Health Trust formally agreed to work together to improve the lives of dogs. Over these ten years the partnership has gone on to benefit thousands of dogs.

By working together, they have hugely accelerated research into canine disease. Over the last ten years, through the partnership, 20 DNA tests have been developed for more than 50 breeds of dog. Using these, 60,000 dogs have been tested at the Animal Health Trust, which has resulted in more than 164,000 hereditarily clear puppies being born free from debilitating or blinding inherited conditions. 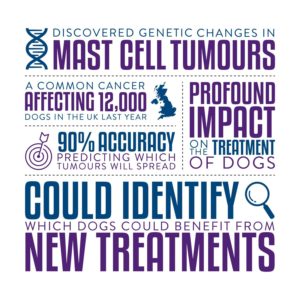 The last ten years have been incredibly important to dog health. Thanks to the partnership with the Kennel Club so many dogs are benefiting from DNA tests, and that’s improving the lives of generations of animals.

Dr Cathryn Mellersh, Head of Canine Genetics at the Animal Health Trust, said: “Great things can and are being achieved through genetic research. With humans suffering many of the same diseases as dogs, there is always the possibility that our research is going to help human medicine as well.”

The Animal Health Trust and the Kennel Club are also taking important steps forward researching cancer in dogs. Cancer is one of the biggest threats to the wellbeing of dogs. One in four dogs will develop cancer and the disease is the biggest killer of dogs over the age of 10.

Using equipment funded by the Kennel Club, the Animal Health Trust’s scientists have looked at mast cell tumours, a cancer estimated to affect 12,000 dogs in the UK last year.

Researchers discovered genetic changes in the tumours that enable them to spread, and showed that by looking at some of these changes, it is possible to recognise a tumour that will spread with an accuracy of 90%. In time this will hopefully lead to a test that will help vets better determine how to best treat a dog with a mast cell tumour. Alongside this, the research also shows that some drugs currently being developed to prevent human cancers from spreading, may also be effective at preventing the spread of mast cell tumours in dogs.

Your support of AHT’s work is so very important because research is the only way to beat cancer. With continued support they aim to identify targets for new treatments that will enable dogs to survive aggressive mast cell tumours.