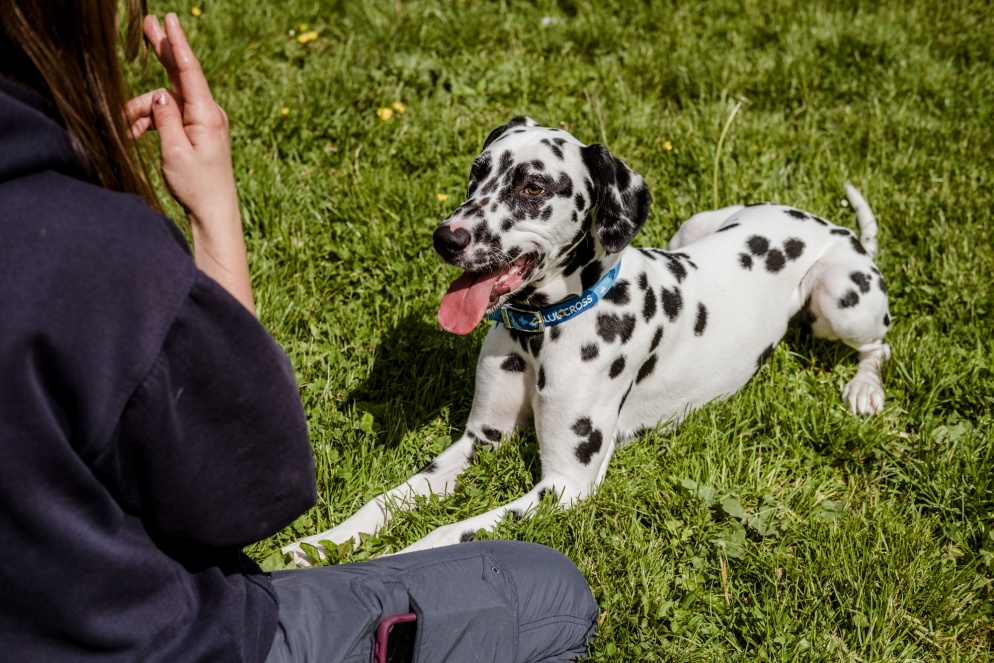 Dalmatian puppy Dylan came to Together for Animals member Blue Cross confused, scared and frustrated as nobody knew he was deaf, but they gave him the diagnosis and fresh start he needed…

Trapped in a world of silence, the first 11 months of Dylan’s life must have been a bewildering time. Oblivious to the fact he was completely deaf, his previous owners were unable to train him – and the poor pup couldn’t understand what was expected of him. He had no idea what was right or wrong. 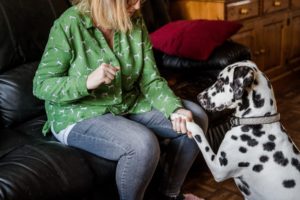 But more than a year on from arriving at the Tiverton rehoming centre in Devon when his owners could no longer cope, Dylan is
now a happy, confident dog living life to the full, despite his disability.

The team at Blue Cross quickly recognised that Dylan’s issues were down to him being completely deaf and set him on the path to a brilliant future by teaching him sign language. It enabled him to understand the world that had, up until then, seemed all too overwhelming –
and the clever boy made huge progress – learning to sit and lay down in just one weekend.

In three weeks at the centre, he mastered the basic commands and grew in confidence, and it wasn’t long before he caught the eye of Jude and Mark Bowers. They had been contemplating getting a four-legged friend to join their family for a while, and with son Cole now settled into secondary school life, it felt like the right time.

Having had a deaf Dalmatian when she was a child, Jude knew that Dylan was the dog for them. Soon, the family was embarking on the 250-mile round trip from their Berkshire home to meet Dylan and soon brought him home.

At first, he was unsure of many things, so settling him into family life wasn’t without its challenges – but, more than a year on, he’s confident, happy and living life to the full. Having missed out on so much in his puppyhood, Dylan is still very much a youngster at heart – but his training is continuing well.

“He’s just great,” said Mark. “The hand signals are going okay. We just do the basics.”

The family have some complaints, including the number of odd socks that have gone missing since his arrival, but wouldn’t change him for the world. Dylan has brought them closer together as a family and gives them the excuse they needed to enjoy the great outdoors more
than they did before.