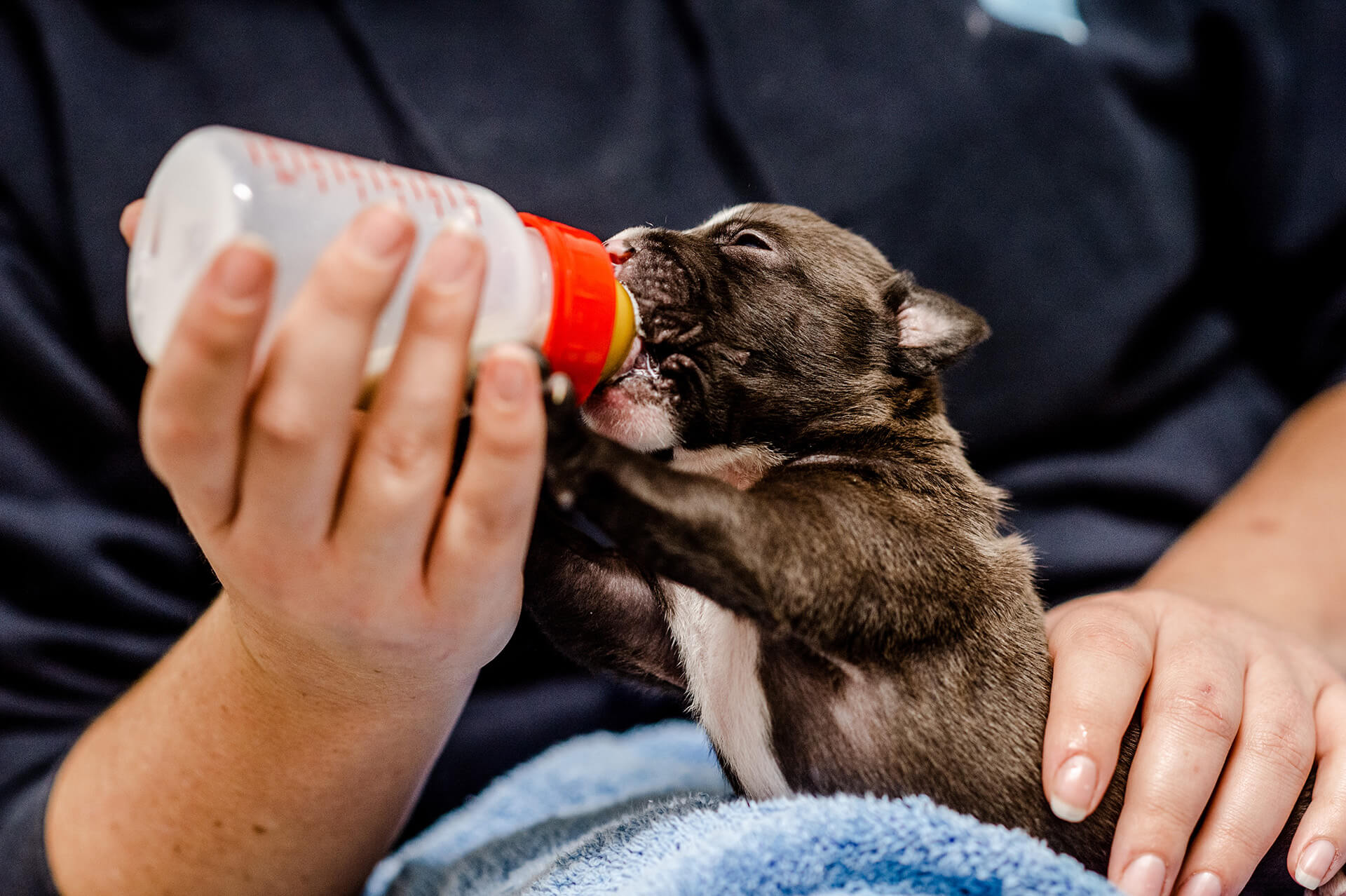 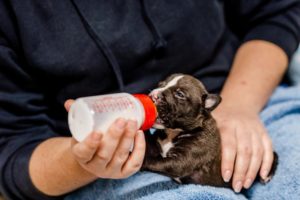 Dylan was a helpless, pint-sized pup who relied on Together for Animals member Blue Cross for his every need.

But now he’s happy, healthy and living life to the full in his new home as a fully grown and much-loved pet. A fate he never would had known, had the team at Blue Cross not been there to step in before his birth.

Dylan’s mother was admitted to Grimsby animal hospital in Lincolnshire for an emergency caesarean after running into difficulties during labour, and the ordeal left her too poorly and weak to care for her litter of 10.

Hand-rearing puppies without their mother is a full-time, demanding job, but Blue Cross took in eight of the puppies and split them into pairs across four of their rehoming units and centres.

At first caring for them required two-hourly feeds all through the day and night, which were then upped to e 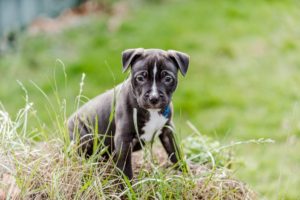 very five-hours when the puppies reached three weeks old. The puppies foster carers worked day and night – even over Christmas – to give these homeless little ones the absolute best start to life they could get.

Dylan grew into a confident and strong pup, just like his siblings Bowser, Stanley, Billy, Gus, Whittaker, Blaze and Winter.

Hannah Wiltshire, Centre Manager at our Burford site in Oxfordshire, who cared for Dylan and Bowser, said: “They came to us at four days old and we had to do a lot of feeding. There was also lots of keeping them warm and toileting them in between.

“Once they started to get bigger, they really kept us on our toes as we have to keep an eye on their exploring and play!

“We had a rota to spread out the fostering across the team, as it was a 24-hour commitment.”

Without a mum to guide them, Blue Cross’ teams also made sure each of the puppies got the socialisation that is so vital to helping young dogs on their way to becoming happy, healthy and well-behaved pets.

It was a commitment that paid off, and when the New Year was rung in, we’re delighted to say that all the siblings found the loving homes they deserved.

Dylan found just that with Dominique Proctor, along with her other two dogs Darwin, a rottweiler, and Dixie, a little shih tzu. He is now one years old and could not be happier. 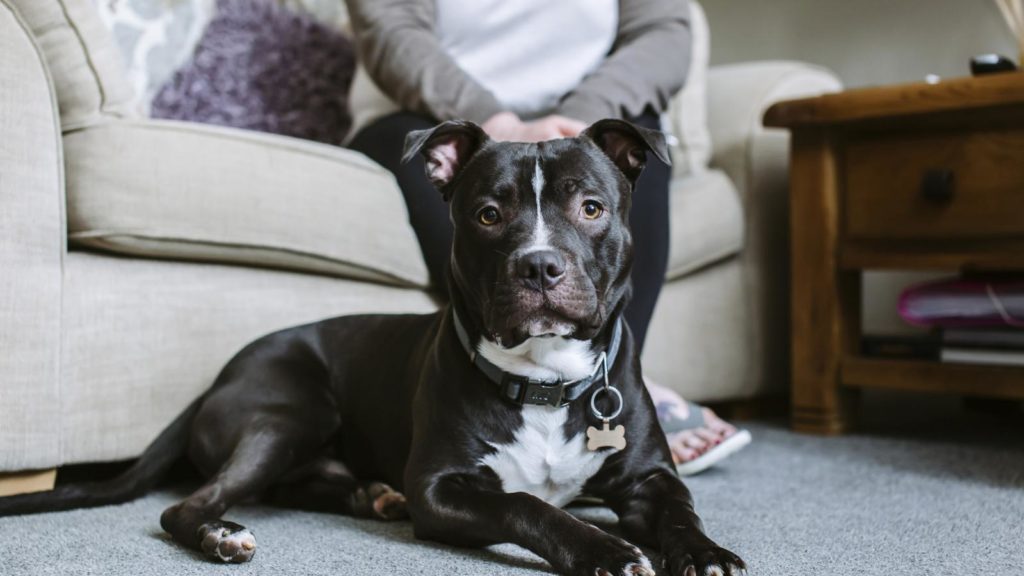 Dominique said: “Dylan is doing great. He is a big boy now and very playful. He’s a very happy boy and we love him so much.

“He is such a great addition to my family. I’d never had a staffie before and he is so loving and soppy. One of the best decisions I’ve ever made was to give him a home to call his own. He is such an amazing dog.

“I hope people see just how much we can change these dogs’ lives and how much they bring to ours.”

Without the generous donation of Together for Animals supporters the story for all of these pups and their mother could have sadly been very different.