Bow found days away from death 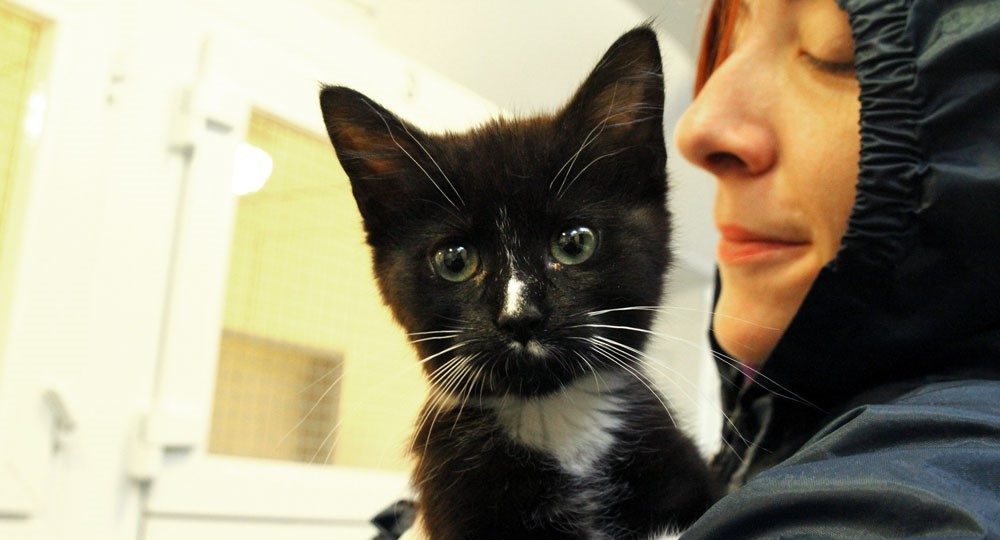 Whilst fleas are an easily treatable parasite amongst most cats and dogs, young or small animals that become infected are at a high risk of developing serious complications such anaemia and potentially fatal heart conditions.

Sadly, this was the reality for eight-week-old Bow, a tiny kitten who had either got lost or been abandoned when a member of the public found him all alone in her garden in January. 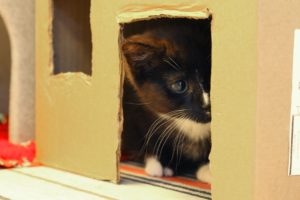 Little Bow seemed tired and weak; and so, assuming he was a stray, the finder tried to provide some food and drink so he could get his strength up. After a couple of days however, Bow seemed even more lethargic, and was unable to eat or drink anything he was offered.

It also turned freezing cold, and the finder worried that Bow wouldn’t survive outdoors. She called Together for Animals member Mayhew for help, and their Animal Welfare Officers went straight out to collect him. They quickly realised that Bow was so badly infected with fleas that he had become severely anaemic and could have been days away from death.

Bow had become so weak from the blood loss that he had also developed a heart murmur and showed signs of suffering from cat flu. He was squinting and had a thick green discharge around his left eye, which vets soon diagnosed as conjunctivitis.

Because Bow’s condition was so severe, he was kept in Mayhew’s Vet Clinic whilst they treated his flea infestation, inflamed eye and suspected cat flu. Vets and vet nurses monitored his development and gave him lots of TLC – and luckily, after a few days of care, Bow started to improve.

Both Mayhew’s Animal Welfare Officers and Vet team noticed that Bow was calm and familiar around people, even on intake, and allowed himself to be handled easily – meaning that although he was young, he had experienced regular human contact before he was found in the stranger’s garden.

We don’t know why or how Bow ended up being stranded, but we are so glad that we were able to save him and help him recover before it was too late.

Left untreated, fleas can cause significant health concerns, particularly for young kittens like Bow. A high flea burden can result in decreased blood in the circulation and this can go on to cause further issues. Fleas also pass on worm eggs which migrate to the stomach, sometimes resulting in intestinal issues.

To prevent the risk of your cat or kitten catching fleas, we recommend regular checks on both the animal and its habitat, looking in places such as garden sheds and garages where fleas are likely to breed and develop. Regular preventative care and swift treatment if fleas are found will significantly reduce the risk to your pet and the possibility of a repeat infestation.

£3 a month helps our members give animals like Bow the care, love and veterinary treatments they need while waiting for their forever homes.