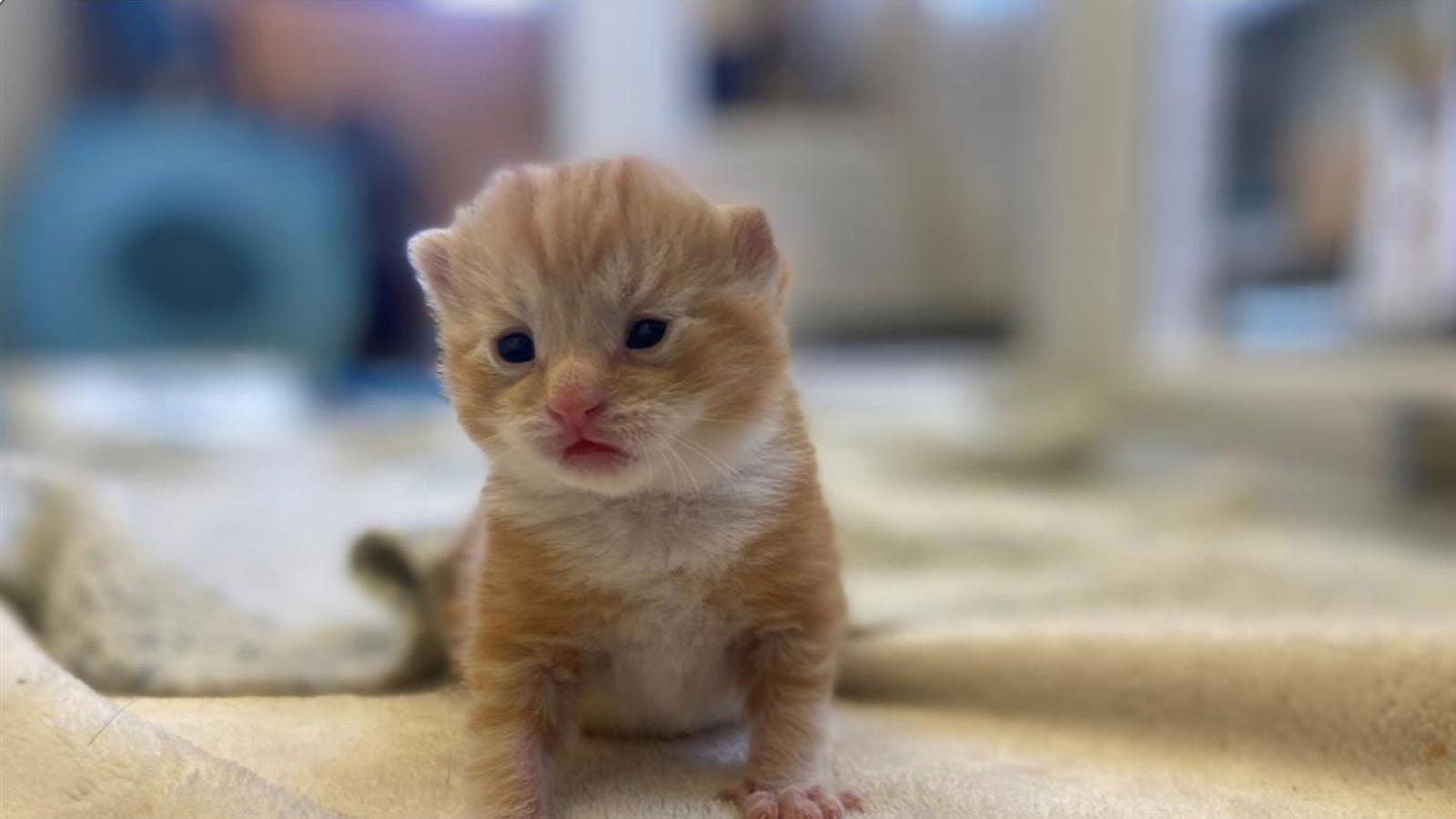 Delilah and her unborn kitten were hours away from death when she was found clinging onto life on the streets. The frail young cat had suffered a prolapsed uterus while giving birth and, with her kitten stuck, it was a race against time to save them both with a caesarean. 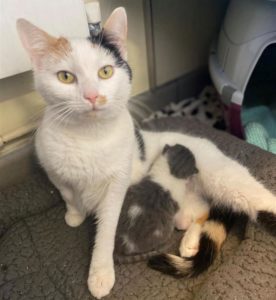 It’s rare for cats to have single kittens, so it’s possible that poor Delilah had given birth to others who were snatched by predators before she was rescued from outside the public swimming pool in Dudley, West Midlands.

A charity animal hospital close to where she was found performed the surgery and Delilah and her kitten, named Ian, were soon in the care of Together for Animals member Blue Cross’ Bromsgrove rehoming centre.

Caroline Oram, Animal Welfare Assistant, said: “Delilah was taken to the PDSA, which did the caesarean to get her kitten out. It was initially a guarded prognosis for this lovely girl, as she was so underweight too. But she continued to grow in strength and, when her milk came through, she took to feeding her kitten well. She then came to Blue Cross to continue her recovery and find a home.”

By chance, on the same day Delilah and Ian arrived, another young mum found herself at the doors of the Bromsgrove centre, with three one-day-old kittens who she was struggling to care for. Dizzy, only six months old herself, wasn’t producing any milk and we weren’t sure if her litter – named Sandra, Dave and Sid – would make it. But Delilah stepped in and, with further support from the team, the kittens’ fortunes were soon looking up.

Caroline explains: “Dizzy had come from a multi-cat household where none of them were neutered.

“She was underweight and far too young to have had kittens. She was just a scared little girl hiding in her pen and had been through so much.

“Meanwhile, Delilah was recovering well, and Ian was getting milk. So, we put Sid in with him and Delilah to see if she would take on another kitten and feed him.

“We did it gradually, putting Sid on her and letting her sniff him, always supervised. She almost immediately started to wash his bum and toilet him. It was lovely to see. 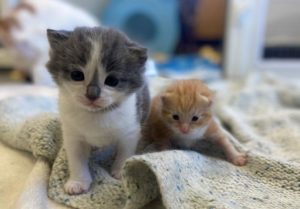 “We would bottle feed him whilst on Delilah and she would do the toileting. After two days he found the teat and began suckling away! Both Ian and Sid would snuggle close to mum. There was one week between them.”

Delilah didn’t have quite enough milk to feed both kittens so Bromsgrove Rehoming Supervisor, Laura Coveney, and the team frequently stepped in and hand fed the adoptive brothers to give their doting mum a break.

Caroline continued: “We made sure to cater for their behavioural development needs which is vital for hand rear kittens. We would take them at night and then they would be with mum in the day. It was a great team effort.”

Meanwhile, Sandra and Dave were fostered by members of the team and hand reared round-the-clock.

Caroline continued: “It was another great effort and sleepless nights for the team but they took it all in their stride.

“Dizzy also went into foster, where she thrived and slowly started coming out of her shell. We made sure she was neutered, and she now has a ‘pawfect’ new home where she can enjoy being a normal kitten without the worry of getting pregnant again.”

“Neutering is so important to stop cats like Dizzy having to go through what she did at such a young age,” Caroline added.

All four kittens, along with Delilah, have also now found wonderful homes where they’re happy and healthy.