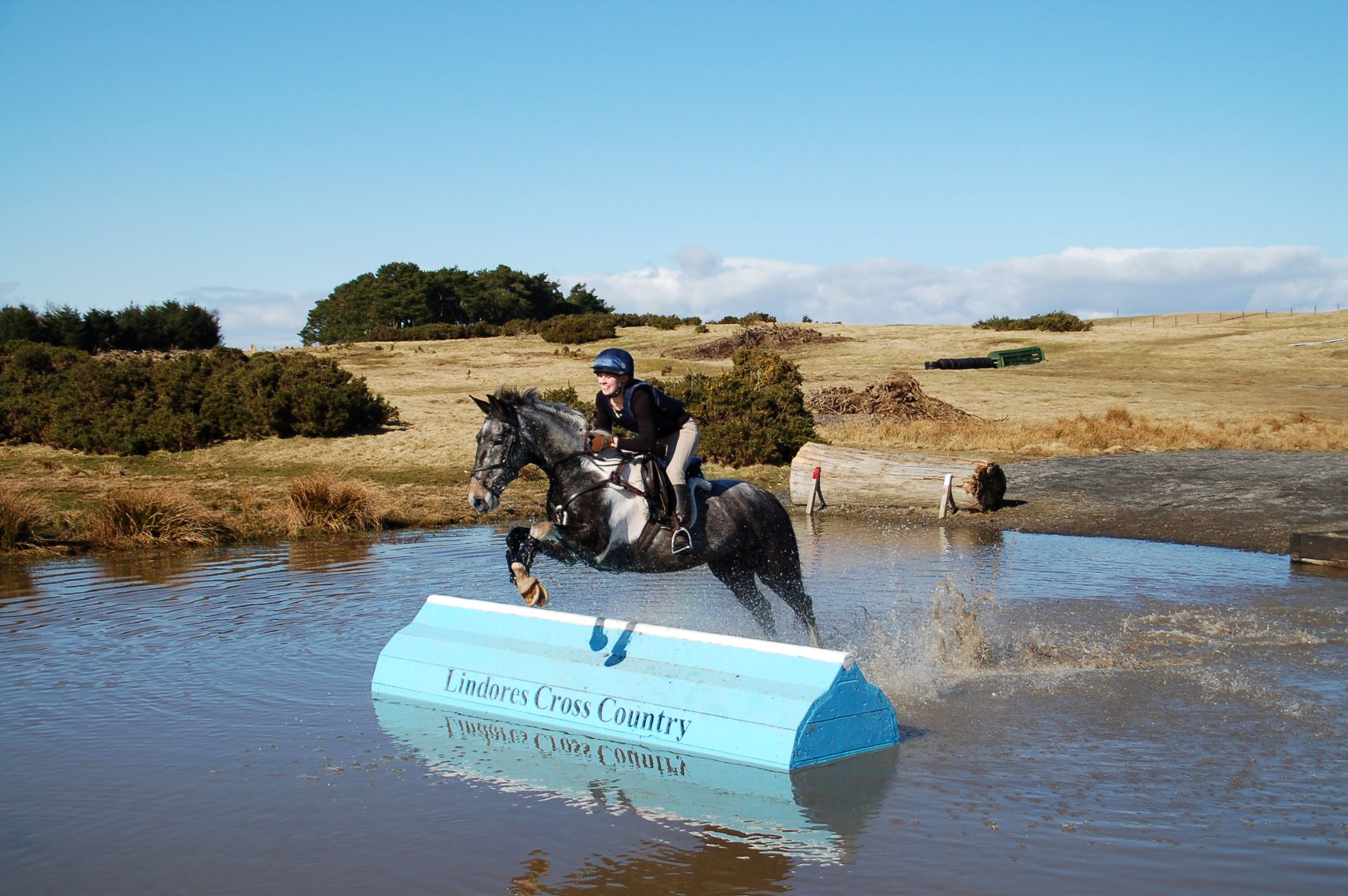 Lucas was rescued from a freezing field at just ten months old, alongside his emaciated mother who was in foal again. Thankfully, Lucas and his mother India were rescued just in time by Together for Animals member World Horse Welfare, and nursed back to health with specialist veterinary care. 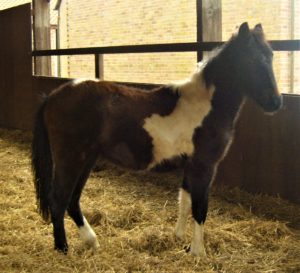 Lucas thrived in the charity’s care and just over a year later he was ready for rehoming as a happy, healthy two-year-old. Rehomer Colleen knew about World Horse Welfare’s work, having fundraised for the charity in the past, and wanted to take on a youngster. Colleen said:

“To be honest, it was love at first sight! I was searching for a horse that would be a general allrounder and happy to compete across various disciplines. In order to do that, I wanted a youngster who seemed bright, curious and willing to learn.

“When I first went to visit Lucas at Hall Farm, we walked a little around the field together, getting to know one another. He was completely obsessed with my gloves, so I took one off and threw it about 20 metres away from me. Much to my surprise, he went trotting off to go and fetch it, and we repeated it several times as if he was a Labrador! After that, I knew he would fit into our family perfectly!”

Lucas flourished with Colleen and was successfully backed to ride once he was old enough. The pair have gone on to compete successfully in various disciplines, although it’s clear Lucas’ heart lies with his jumping. 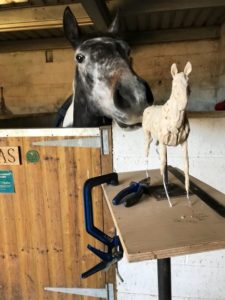 The success story of Lucas and Colleen made Lucas a stand-out contender for the muse for the World Horse Trail, a unique trail featuring 40 sculptures highlighting the stories of horses which World Horse Welfare has helped and other areas of their work with horses in sport.

Lucas was sculpted by acclaimed sculptor Judy Boyt, who said:

“Sculpting Lucas for the 2019 Trail has introduced me to another amazing horse that was rescued along with his mother by World Horse Welfare. I spent three days up in a rather cold but sunny Fife with Lucas and his rehomer, Colleen.

“He did inspect the sculpture while I went along, checking out his rather large ears!  He was brilliant to work with, if rather laid back and asleep in his stable until he went out into the field and then it was gauntlets off and full steam ahead!”

Rescuing, rehabilitating and rehoming horses like Lucas is just one of the amazing ways funds raised by Together for Animals supports the work of World Horse Welfare.  To help animals live happier, healthier lives text PETS to 70085 to donate £3 or visit our donate page.