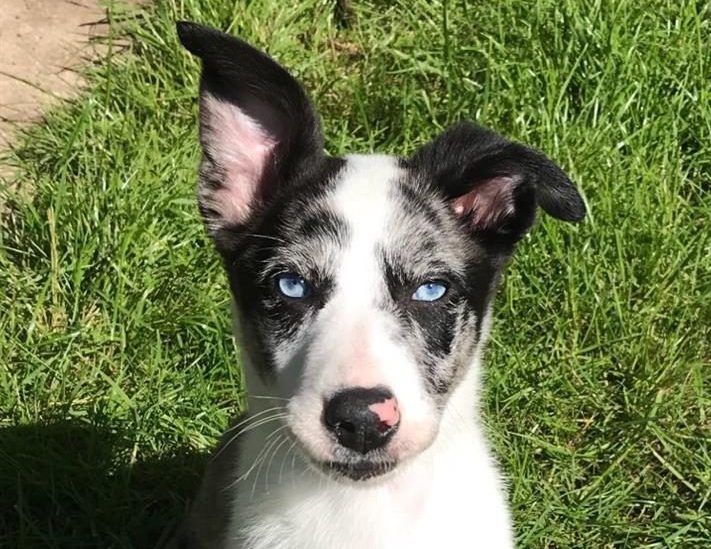 Poor Gloria had a terrible start in life but she’s now looking forward to her first Christmas with her new family, thanks to Together for Animals member, Blue Cross.

An unsuspecting family had bought Gloria from what was likely to have been a puppy farm. Sadly, like many pets who have been bred purely for profit, it quickly became apparent the little border collie was seriously unwell. Unable to afford the vet bills that quickly piled up when she fell ill, Gloria’s family were left with no option but to give up their beloved pet. Gloria was at death’s door when she arrived at Blue Cross Victoria animal hospital in central London. Vets quickly discovered she was suffering from a potentially-fatal disease called parvovirus. Although parvovirus is preventable with a simple vaccination, it’s likely that the other puppies in Gloria’s litter would also have suffered this contagious and dangerous disease.

Thankfully, Gloria was a little fighter. After such a quick diagnosis, she spent a week at the Victoria hospital receiving intensive, round-the-clock care. Once she was out of the woods, Gloria was transferred to Blue Cross’ Bromsgrove rehoming centre. There she had a cosy pen to curl up in and rebuild her strength, food so that she could regain the weight her illness had robbed her of, and plenty of fuss and cuddles. Gloria has now gone on to find a loving new home, but the plight of other pets raised in puppy farms remains. Blue Cross animal hospitals are on the frontline, treating poorly bred pets that suffer from malnutrition and easily-preventable illnesses. Lacking in early socialisation and basic training, many of these pets need comprehensive behaviour adjustment plans before they can be rehomed, while their Public Affairs Team is asking politicians to reform pet breeding and sales legislation.

The kindness and generosity of Together for Animals supporters helps ensure animals like Gloria continue to receive this treatment and help finding new, loving families.