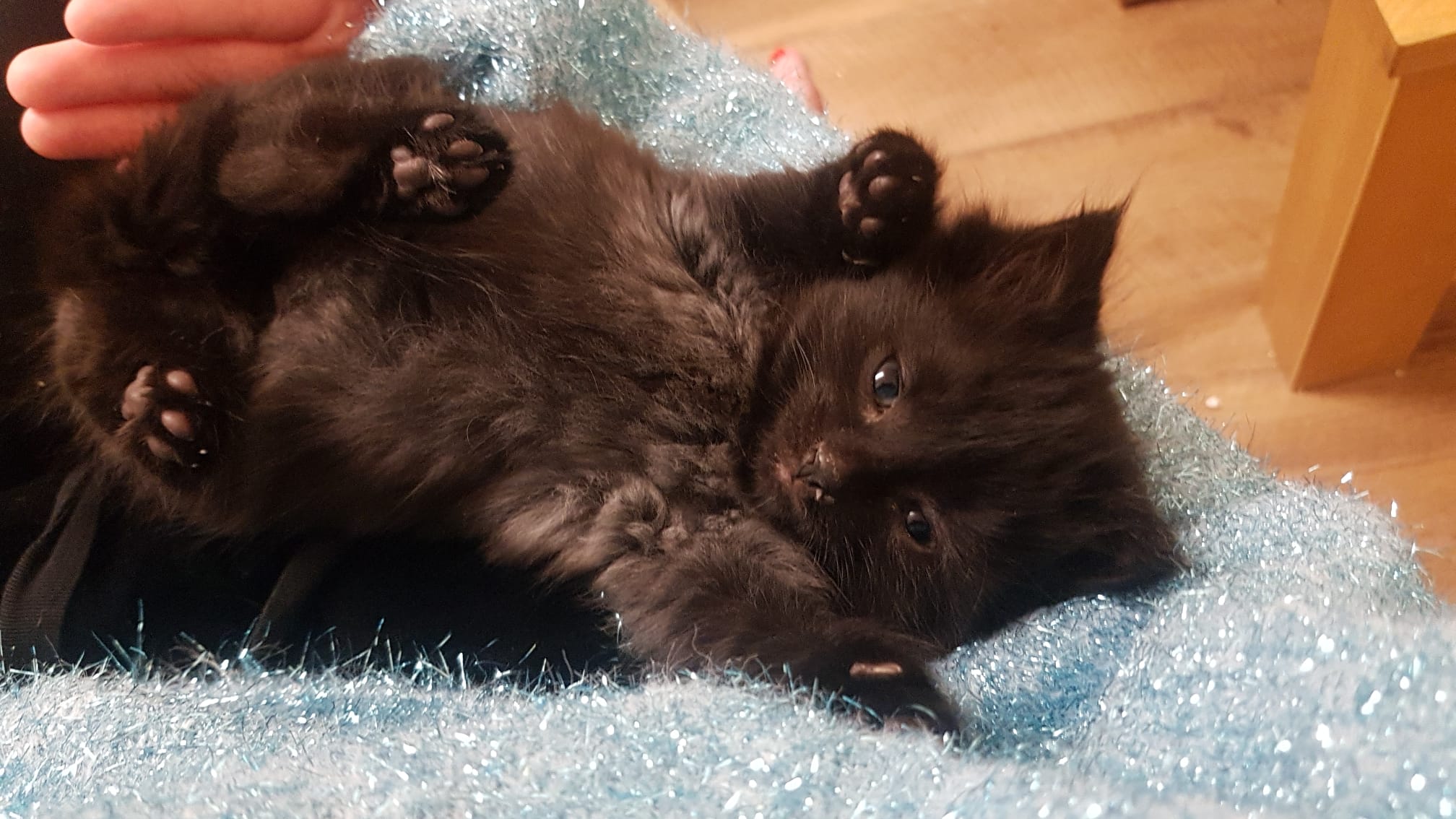 This winter, a resident who lives close to Together for Animals member Mayhew, was putting out her rubbish when she discovered two heavily pregnant cats in a cardboard box beside the bins.

It was freezing cold, but thankfully the resident took in both cats and gave them a warm home to have their babies. 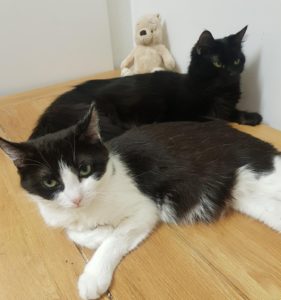 The resident then called Mayhew, who quickly sent their Animal Welfare Officers to collect all nine cats!

They all needed names quickly, and it was decided to name them after well-known pizzas. The mums were Romana and Florentine and their kittens, Oregano, Meatball, Pepperoni, Calzone, Napoletana, Pineapple, and Margarita!

The team tried to make them as comfortable as possible, settling them in cosy cabins and giving them lots of love and care, but the new mums were stressed in the cattery and were understandably defensive of their young family.

Foster carer Nicola from North Kensington, who has been volunteering with the charity since August 2021, was initially a little overwhelmed by the idea of two mums and so many kittens: “I was a little nervous about taking so many cats in one go… the most I’ve ever taken is five. But I need not have worried: any concerns I had about taking them in melted away as soon as they arrived, and within an hour of being here, Florentine and Romana were out of hiding and settling down and the kittens were immediately full of curiosity and exploring everywhere.”

This feline gang soon had their paws under the table, as Nicola explains: “The play den is in my kitchen and they have so many toys, courtesy of some very kind people locally. Seeing the two mums work together is an absolute joy, they co-parent and are so close – they even sleep together. In fact, after they have put the kittens to bed at night, they both come out and watch TV with me!”

We’re delighted that all the kittens have now found new homes, and we hope mums Florentine and Romana will soon find a new home together.

Your donations help rescue and rehome animals like these. Thank you for your continued support.