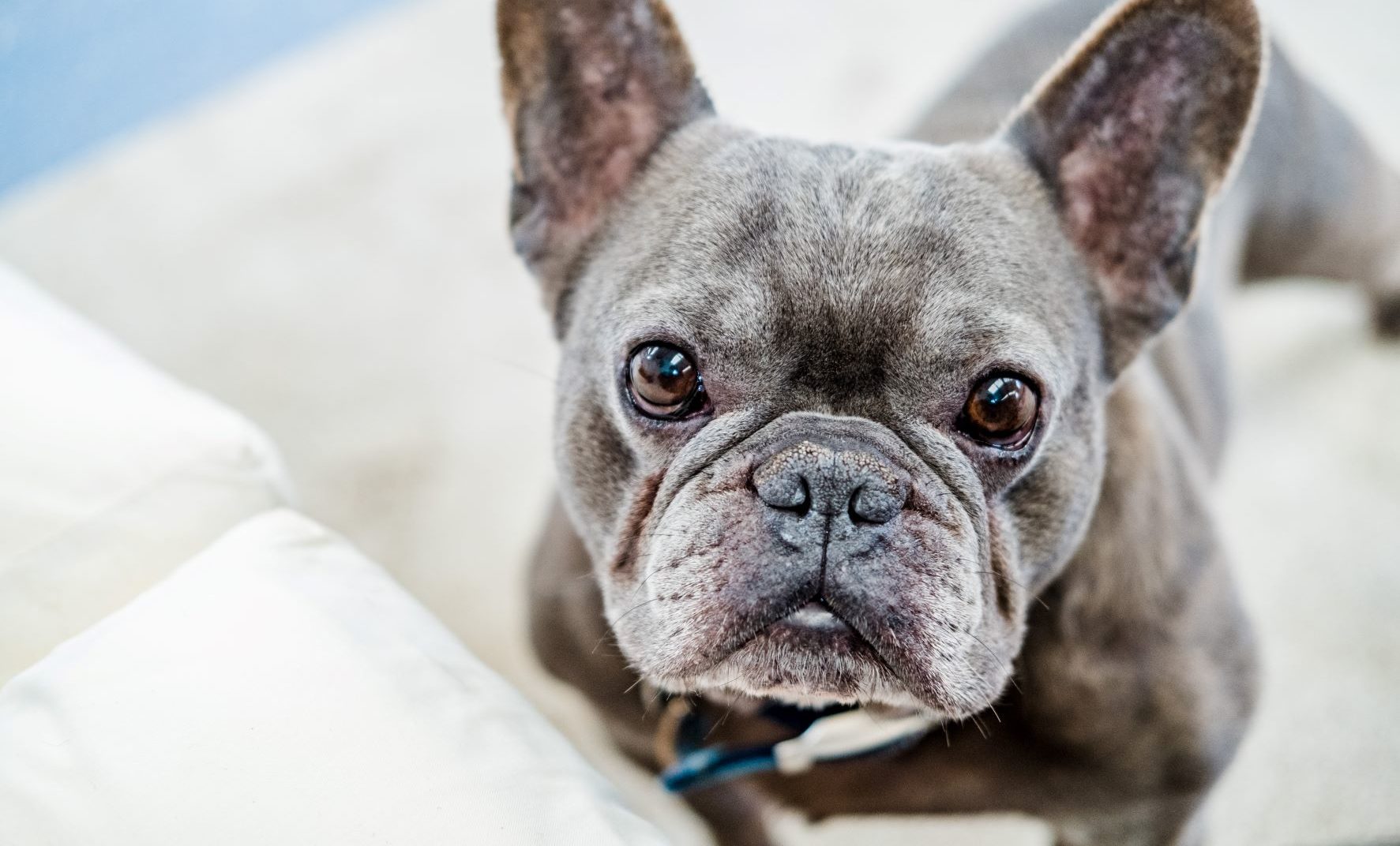 Leonard was found on the streets as a stray. He was struggling to breathe, with a painfully dry and crusty nose, covered in pressure sores and terribly thin.

No dog should ever have to fight for breath – all because he was bred to conform to society’s increasing and unknowingly cruel demand for flat- faced dogs.

As a French bulldog, Leonard was what is known as a brachycephalic breed, meaning he was born with a shorter muzzle and narrower airways than other dogs. When Leonard was found the team at our member Blue Cross’ Lewknor rehoming centre in Oxfordshire quickly set about getting him on the road to recovery. 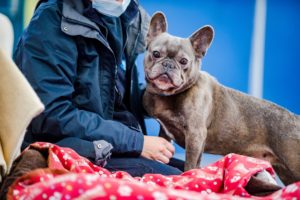 Nyki Lawn, Animal Welfare Assistant, was Leonard’s dedicated carer. She said: “He had a lot of health issues caused by terrible breeding and was struggling to breathe. It was immediately clear that he was going to need a lot of vet intervention.”

“He couldn’t breathe through his nose at all,” said Centre Manager, Jenna Martyn. “He could barely eat, because he had to alternate between breathing and chewing.”

Jenna said: “It was so important that he came to Blue Cross, as his health conditions were really concerning – and the fact that we were able to offer him somewhere warm and loving to be was just so important.”

The only way to help him breathe was surgery to widen his nostrils and remove a section of the soft pallet at the back of his mouth. So, after three weeks of love and care from the Lewknor team, he went to Blue Cross’ animal hospital in Victoria, central London, for his operation.

But while the surgery was a success, Leonard never recovered and sadly died later that day.

Unfortunately, surgery under anaesthetic carries a greater risk for brachycephalic dogs and it was just too much for Leonard’s struggling body to cope with. 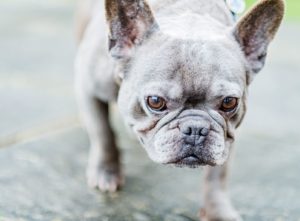 Jenna said: “Sadly, as so many dogs like Leonard are suffering, BOAS surgery has become quite a routine surgery – but it’s still a major operation and having to put an animal through it is very concerning. We knew there was a risk, but nothing could have prepared me or the team for him not making it.

“The sounds dogs like him make aren’t sweet or comical. Their faces may be cute, but those noises are not okay – they are dogs that are challenged with breathing.

“If you choose to have a puppy, find breeders that are breeding dogs without these complications or deformities.”

We hope that Leonard’s legacy will live on and that, one day, dogs will no longer be bred and born unable to breathe.

Leonard’s story is a sad and stark reminder that not all animals get a happy ending. It highlights how vital the money we raise is, as so many more animals urgently need our member’s help.