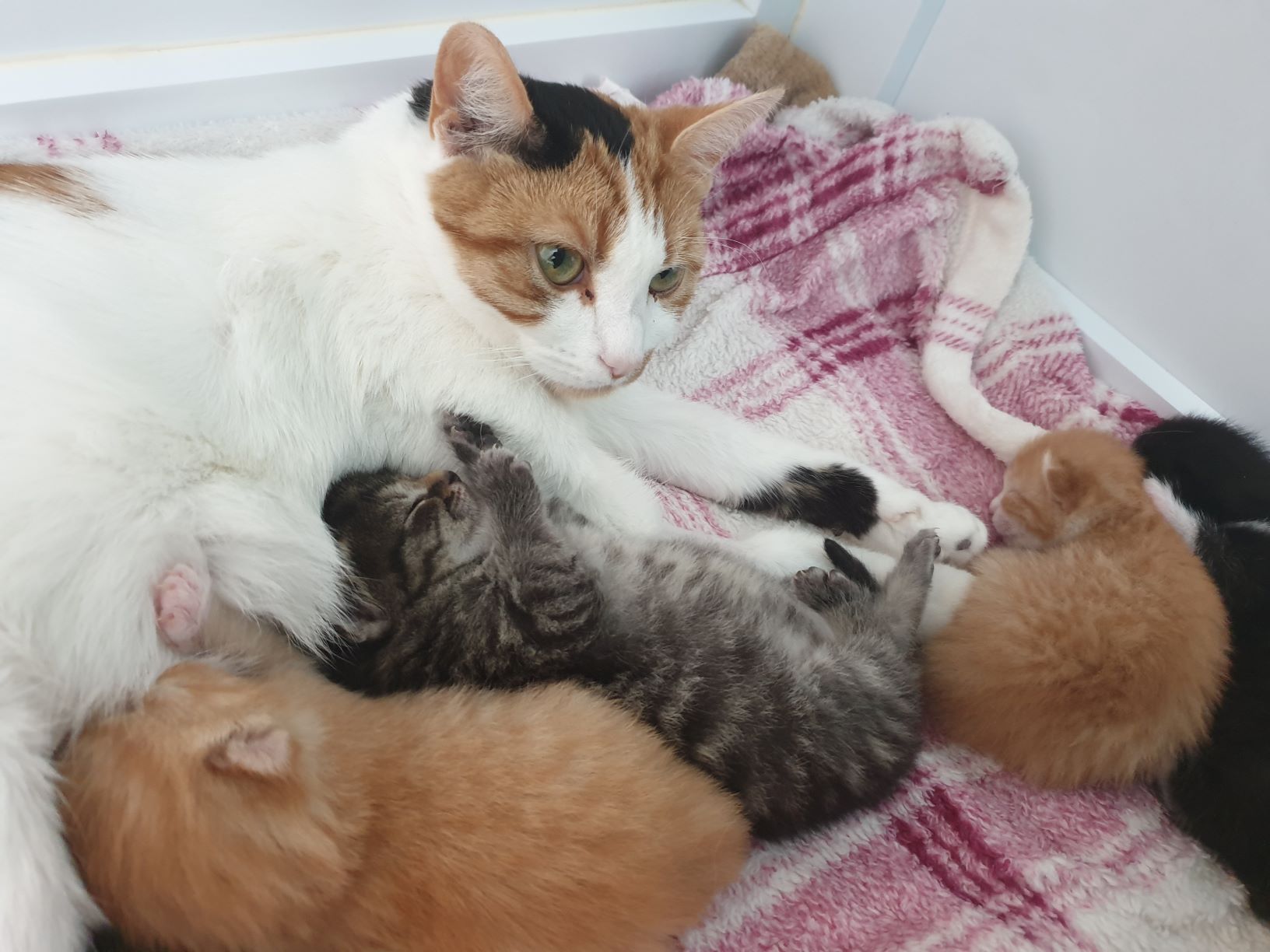 Little Lincoln arrived at Together for Animals member Blue Cross’ Torbay rehoming centre in May, mid-lockdown, having been found by a walker. 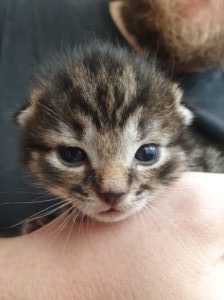 The tiny kitten was found tucked inside a box after being abandoned in Dartmoor National Park. Despite being terribly scared and just days old, Lincoln was healthy, clean, and hungry. Lincoln was so young he needed 24-hour care, so Animal Welfare Assistant Leanne Gover-Rainbow took him home to hand-rear him round-the-clock for two nights – but kittens so small stand the best chance of survival with their mum’s milk.

Just a week earlier at the rehoming centre, new mum Toni had given birth to a litter of three kittens. Slowly and carefully, the Blue Cross team introduced Lincoln to the family. Toni was cautious at first, but after lots of scent-swapping work by Leanne, she soon took the lonely little stray under her wing and adopted him as one of her own, alongside Pansy, Buzz and Bumble.

Leanne said: “Lincoln was so tiny he would have died had he not been found and brought to us. Sadly, there are so many kittens right now being born with owners finding themselves unable to care for them. It could all be simply prevented by neutering both male and female
cats.

“I gave Lincoln a feed straight away and took him home for the following two nights to hand rear. This involved feeding and toileting every two hours, so it’s a very exhausting job. Once I was happy that he was a healthy kitten, I decided to try and introduce him to new mum Toni.

“I started the introductions by rubbing the scent of Toni and her three babies onto Lincoln using the bedding they were using to help Toni accept him. It took a little while and Lincoln struggled to latch, so I had to put some of the kitten milk I had been feeding him on Toni’s teats, to help direct Lincoln where to go. He finally latched and got the hang of it and there has been no stopping him since.”

“Toni is a fantastic and very attentive mum and all the kittens have been gaining weight very healthily,” added Leanne.  The new family of five went into foster care to receive  all the attention they needed in a relaxing, home environment. We are so happy that they have all since found happy homes.

Your support helps care for and rehome abandoned animals like Lincoln. Sadly, we are seeing an increase in the numbers of animals effected in this way, and need your support now more than ever.