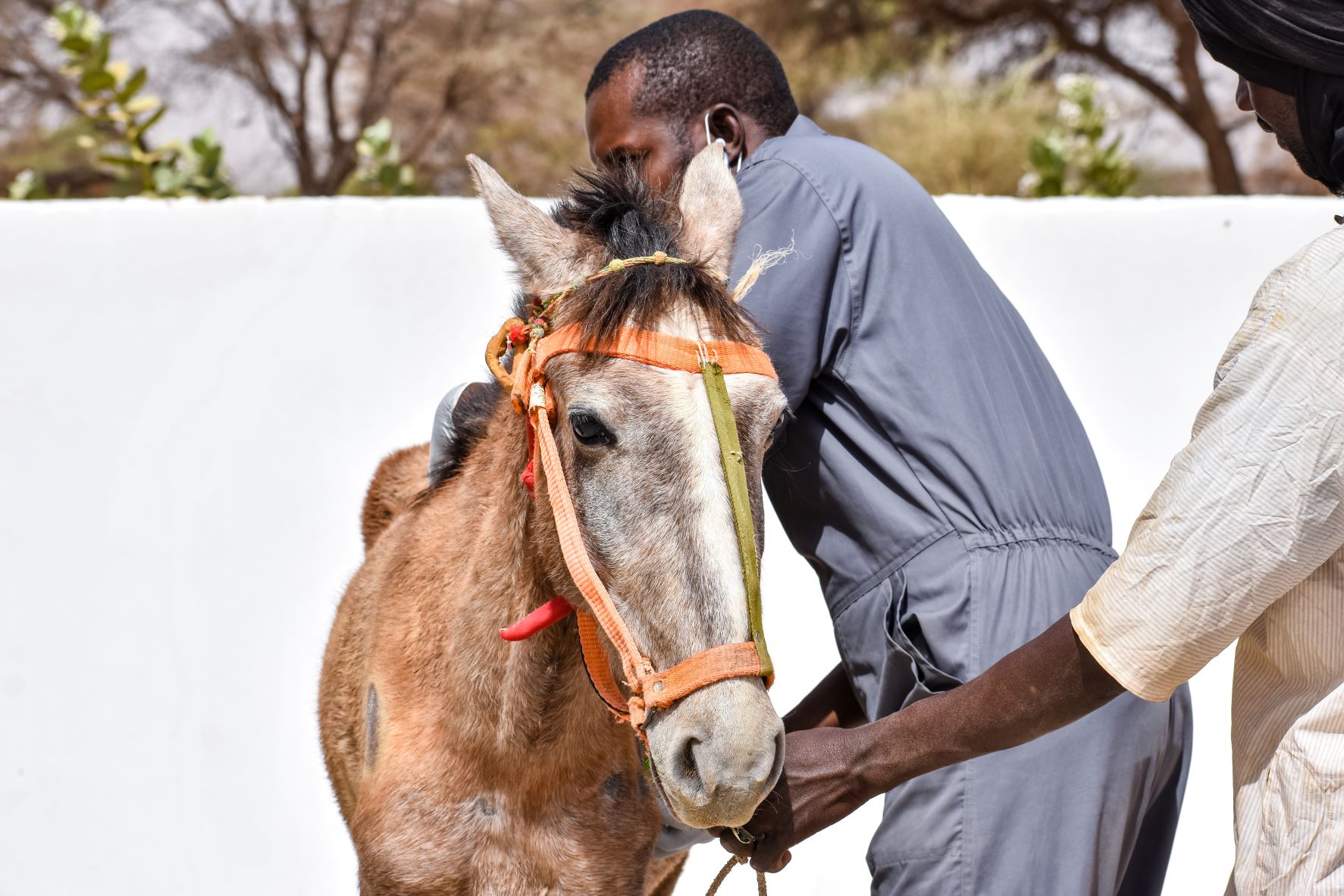 Samba works five hours a day transporting fresh water to households across Boghé, Mauritania, alongside his owner Mohamed. The pair begin working before dawn to avoid the 50-degree heat that comes later in the day.

One day, Mohamed noticed Samba was panting and refusing to eat his food. Mohamed tried to encourage his usually energetic horse to eat, but had no luck. He knew he needed to seek professional help for Samba – and fast.

Thankfully, Together for Animals member SPANA have a local veterinary centre that Mohamed and Samba could attend. SPANA vets gave Samba a thorough examination. They checked his lungs and temperature, and found it to be high. The team also diagnosed that Samba was suffering from parasites, likely picked up while grazing. If left untreated, parasites can lead to serious issues such as anaemia, colic, and severe malnutrition that can potentially be fatal.

Samba was put on a course of antibiotics for his temperature, and a deworming treatment was administered for the parasites. He was also sent home with a supply of emergency feed, in order to help build up Samba’s strength. Within a few days, Samba was visibly happier and more energetic, and was eating normally again.

Working animals like Samba have an essential role in the world’s poorest communities, but many animals have no access to vital veterinary care when they are sick or injured. Your regular support is helping to make it possible for SPANA to treat working animals in desperate need across the world. Thank you.