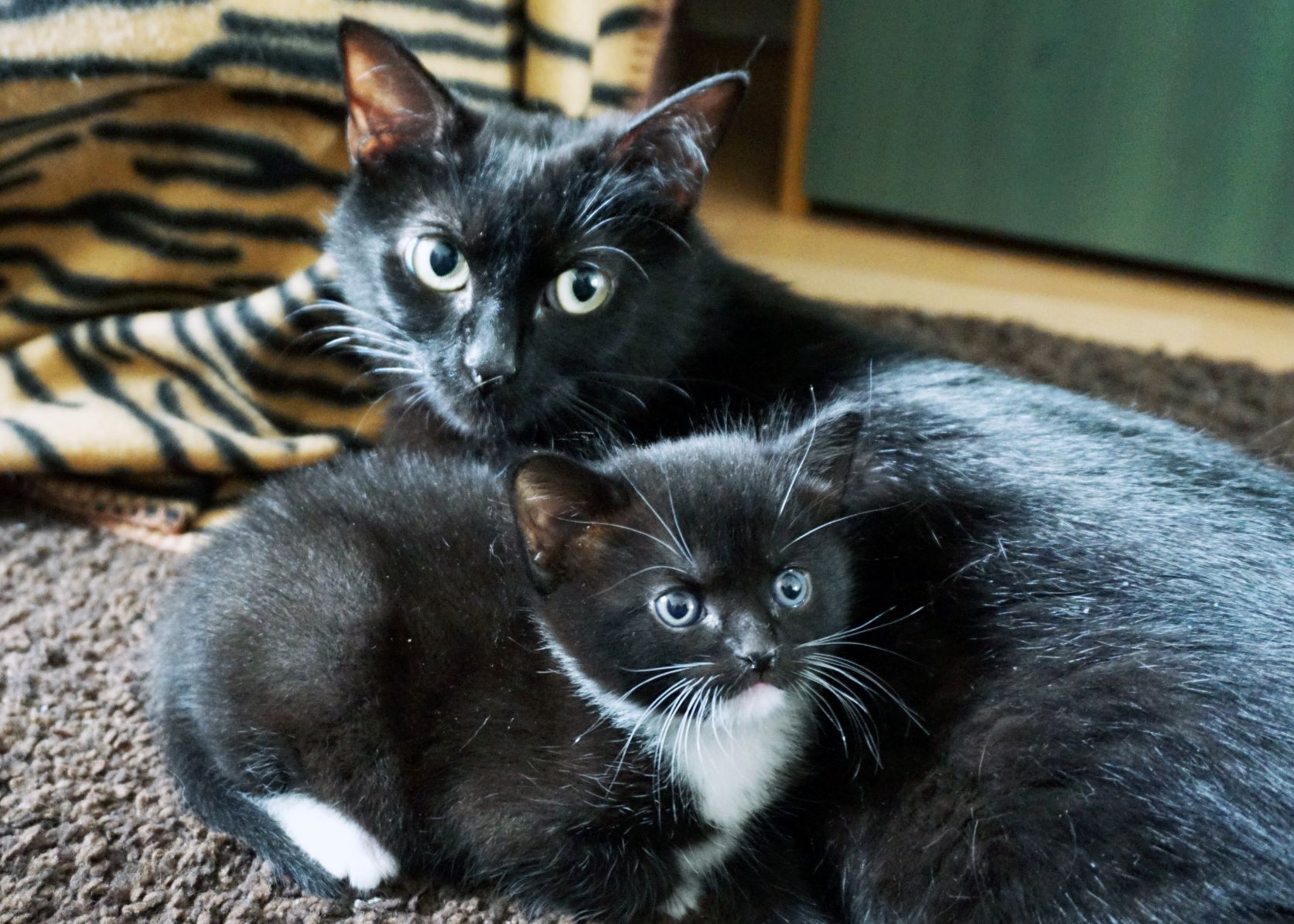 Earlier this year, a member of the public called Together for Animals member Mayhew to help a stray cat hiding underneath a parked car in North West London. The distressed young cat, later named Corsa, was being taunted and frightened by a group of youths; she had given birth to two kittens and was desperately trying to protect her litter by sheltering underneath a car.

Mayhew’s Animal Welfare Officers quickly arrived at the scene and were told that one of Corsa’s newborn kittens was missing – both kittens had been placed in a cardboard box by a member of the public but mummy cat had instinctively tried to protect them. Unfortunately, when she took one of the kittens back underneath the car, she left her other newborn unoccupied in the box and when she returned that kitten was missing.  In spite of searching everywhere, the little one was nowhere to be seen. It was suspected that a passing member of the public had taken it.

Knowing that the missing kitten was in danger and needed to be reunited with its mother, Mayhew posted an urgent appeal on their social media pages, but unfortunately the kitten was never found.

Corsa and her remaining newborn kitten, named Vauxhall, were immediately taken back to Mayhew, so they could be health checked at their Community Vet Clinic.  After receiving medical care and attention from the Vet team and love and socialisation from the Cattery team, they were fostered by one of Mayhew’s experienced carers, so they could enjoy a loving home environment while they wait to find their forever home.

Corsa and Vauxhall’s foster carer said: “Corsa is possibly the most affectionate cat I’ve ever met. She just can’t get enough love and has the loudest purr. Vauxhall is adorable and just loves to eat and sleep. They are both doing incredibly well considering what they have been through.”

Update: We’re delighted to share that Vauxhall & Corsa will be spending Christmas with their new family and we are so happy they have been rehomed together! Your support really does make a difference.