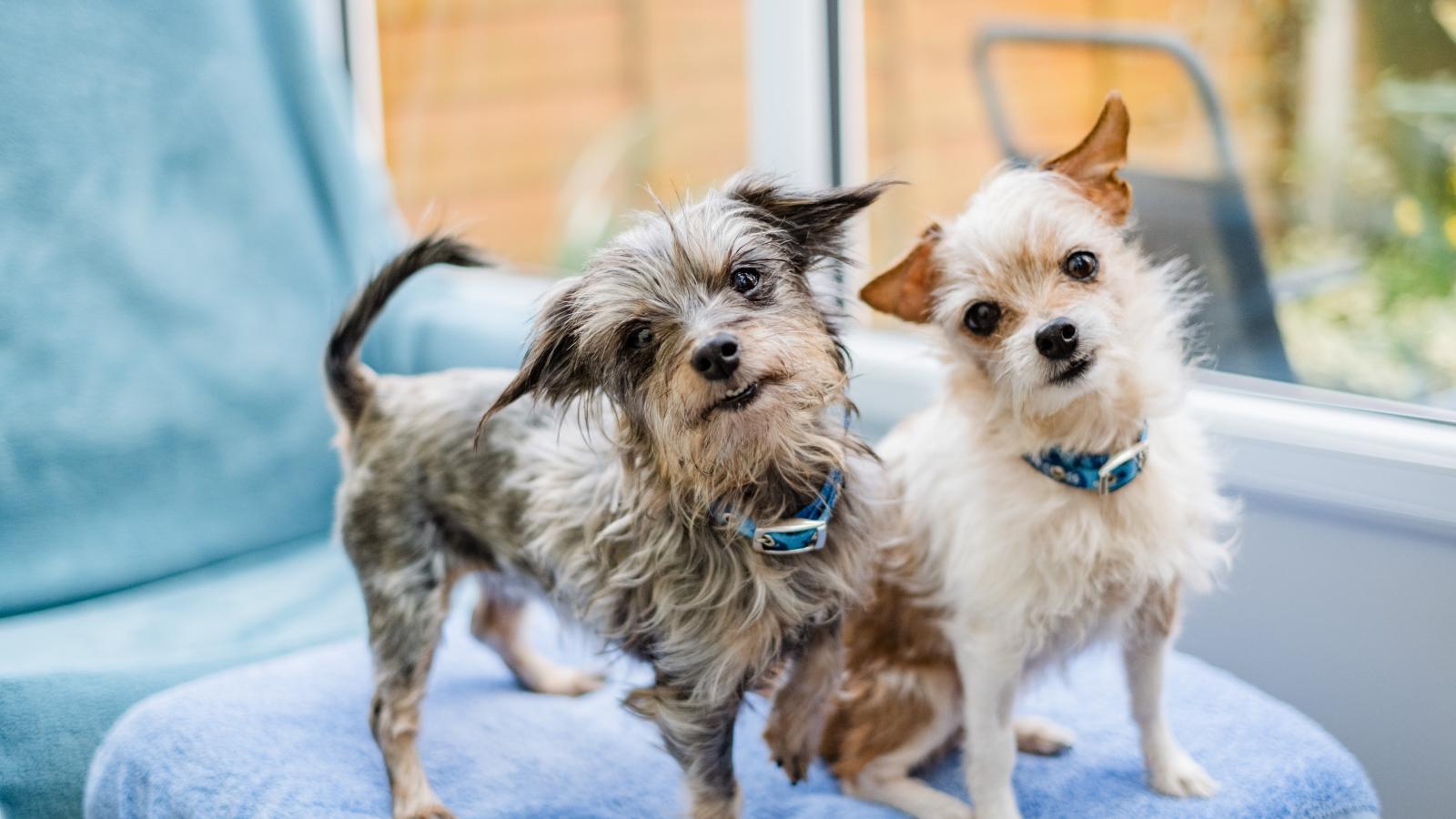 A group of seven tiny dogs dumped beside a pond in cat carriers are safe now, thanks to Together for Animals member Blue Cross.

Moana, Tinkerbell, Ariel, Arthur, Belle, Tarzan and Jasmin were brought to Blue Cross’ Southampton rehoming centre after a member of the public said they had found them in a local park.

Five of the dogs were crammed into two plastic cat carriers, while another two were confined to a small wire crate without access to food or water. Without microchips, which is a legal requirement for dogs, it was impossible to trace their owner.

All seven of the dogs were, understandably, very frightened at first. The team carefully assessed them and separated them into groups in which they felt the most secure. Some of them also needed veterinary treatment for various conditions, such as itchy, poor coats.

Tarzan and Jasmine were placed into foster care in Southampton, and Arthur and Belle, the most nervous of the group, stayed at the centre so that Blue Cross’ specialist behaviourists could help them overcome some of their fears.

Meanwhile, Ariel was placed into foster care through the Burford rehoming centre in Oxfordshire and Moana and Tinkerbell went to foster carer Christine, near to the Bromsgrove centre.

Caroline, Animal Welfare Assistant at Bromsgrove, says: “When Moana and Tinkerbell first arrived in our care it was clear that they had been through so much.

“They were so scared that they were trembling. We’d go to their kennel, and they’d huddle at the back and bark. We had no idea what kind of life they had before to understand their needs.” 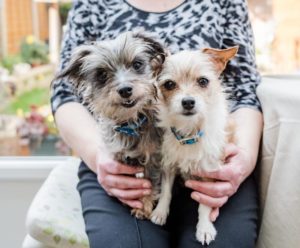 Moana, a Yorkshire terrier and dachshund cross, was suffering with some hair loss, likely related to stress. She was particularly frightened and relied heavily on Tinkerbell for support.

“Moana especially is very nervous, and Tinkerbell gives her confidence. So, when they were meeting people Tinkerbell would always go first,” says Caroline.

She continues: “We wanted to get them into foster care as soon as possible, as they had been through so much. So, lovely Christine said she would have them.”

And after just two weeks in Christine’s care, the pint-sized pair, who weigh just 2.5kg each, had already made a remarkable turnaround.

Speaking at Christine’s home on a visit, Caroline says: “They’ve been in foster with her for just over two weeks, and the difference in them is amazing. Their coats are better, Moana’s fur is growing back and she’s more confident now in meeting people. They’re thriving now.”

She says: “I’ve had them for two weeks and the change in them has been amazing, they’ve really come out of their shells – especially little Moana. She just needed Tinkerbell all the time but now she’s a bit more independent.

Christine continues: “Words can’t explain how rewarding it [fostering] is, unless you’ve done it and see that joy – to see them go out of that door happy. Especially Moana, she was quite terrified of everything – she was frightened of her own tail at one point.

“So now to see her enjoying life, enjoying meeting people and being a dog is absolutely fantastic. I’m looking forward to them getting a lovely home and I’m doing all I can to get them ready – that’s my job, that’s my purpose.”

After nearly a month of the TLC they needed, Moana and Tinkerbell have found a wonderful new home together where they’re now being showered with all the love they deserve.

Your support helps find loving homes for nearly 10,000 animals – like these puppies – each year. Thank you.