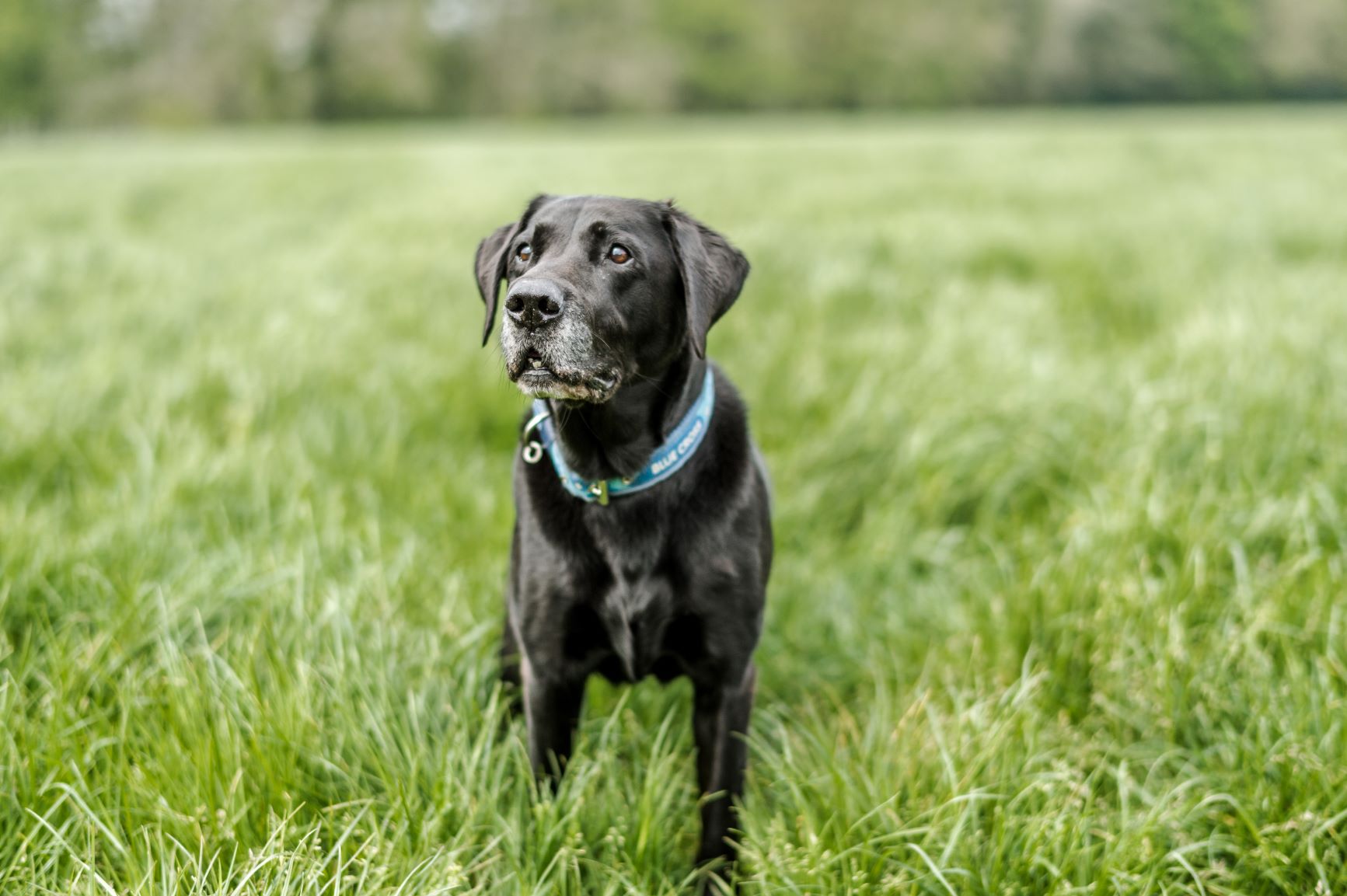 Jake was found helplessly wandering around a woodland.

Nobody knows how such a sweet dog ended up like this, but by the time he arrived at our member Blue Cross’ Burford rehoming centre he was one of the most emaciated strays the team had ever seen.

With his ribs and hips protruding, he weighed just 25.4kg when he was first picked up by the local dog warden – just two thirds the body weight of a healthy black Labrador his size. 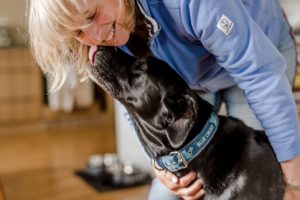 The eight-year-old was so thin that he was unable to regulate his body temperature, so needed to wear a jumper at all times. And he had suffered muscle wastage on his back legs, which left him even weaker.

Amber Cooney, Animal Welfare Assistant, said: “We’ve seen worst cases in females that have had puppies, but Jake is definitely one of the worst cases we’ve seen in a stray male dog.”

Rebuilding Jake’s strength from so little was a challenge, and one that needed to be done slowly; food needed to be gradually introduced to avoid causing other health complications.

Due to his leg problems, walks also needed to be approached with caution; short and on-lead to ensure he didn’t run around and do more damage while we built up his fragile muscles.

Understandably, Jake hated to be left alone after his ordeal– and wanted to be around people at all times.

Amber said: “He really didn’t like being on his own. He loves people and loved having cuddles, so we gave him as much time out of kennels with us in the offices as possible.”

Jake was making great progress at Blue Cross, but what he really needed to fully recover was a loving h 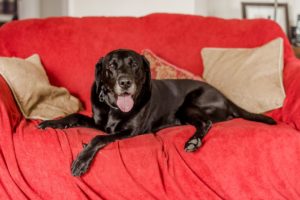 ome and, after 25 days in the rehoming centre he found just that with Jacqui MacMaster in the rolling Somerset countryside.

And now, Jake is thriving – unrecognisable from the sad, skeletal dog that first arrived at Blue Cross.

Despite a bout of pneumonia, he has hit his target weight and his hind legs are getting stronger by the day, helped along by regular hydrotherapy sessions and the many walks he now has.

“I have had the most amazing walks with him,” said Jacqui. “He’s brought me great companionship. I get a lot out of our walks together and he does as well. You just don’t have the motivation to do it unless you have a dog.”

Stories like Jake’s are sadly common. Your support helps our members rescue, rehabilitate and rehome Jake and many, many more. Thank you.