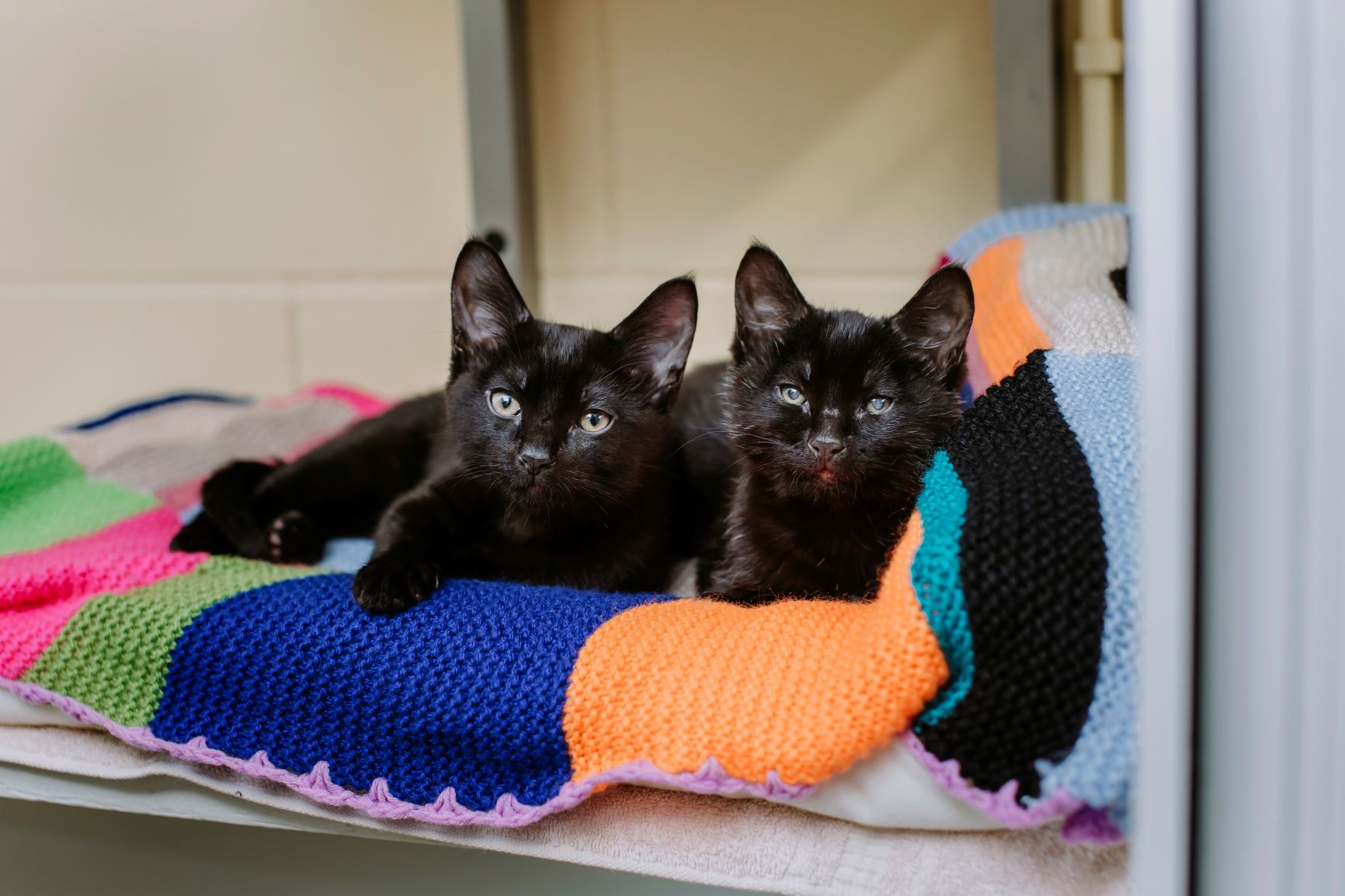 Without his devoted brother by his side, Specks probably wouldn’t have made it.

The poorly black kitten was found huddled up with sibling, Dot, in a west London garden, as the pair desperately battled to keep warm in the grip of winter.

As well as being freezing cold, filthy and frightened, the four-month-old brothers were hungry, underweight and covered in fleas. Sadly, Specks was also suffering with health problems which made him even more vulnerable.

Thankfully, a kind member of the public brought the duo to Together for Animals member Blue Cross’ Hammersmith animal hospital in London just in time. From there they transferred to their flagship Victoria site nearby for further vet treatment. 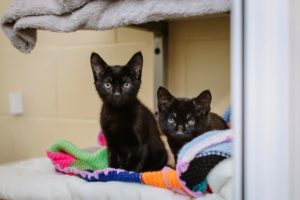 Specks was found to have cataracts covering both eyeballs, leaving him with little to no vision. He was also diagnosed with a nervous system disorder called cerebellar ataxia, which causes loss of balance, shaking and wobbly movements. Due to this, it’s unlikely that Specks would have survived without the support he had from Dot.

“It was lucky that these brothers were found when they were and brought into Blue Cross,” explained Amanda Rumball, London Welfare Officer.

“I don’t think Specks would have survived without Dot. He cannot see, and his condition means that he would have been very easy prey. He would have been unaware of dangers around him like traffic, wild animals and cold weather.

After their ordeal, Blue Cross made sure Dot and Specks were warm, comfy and well fed. We also gave them the preventative treatment, such as worming and flea medication, they needed.

Amanda said: “They were both frightened initially but with some warmth, food, toys and love they were both purring away by the next morning and happy to be with us.

“They were so sweet to watch as Dot would encourage Specks to play and they both loved receiving TLC – they were little purr monsters.”

The brothers spent four days at Victoria recovering, but once they were on the mend, they were taken to Blue Cross’ Lewknor rehoming centre to start their search for a loving home.

Dot and Specks are safe now, and due to their incredible bond every effort was made to find them a home together. We’re delighted to say that at the time of going to print Dot and Specks were reserved for rehoming, and once all the checks are complete we look forward to seeing their progress in their forever home.

Your support helps our members rescue, rehabilitate and rehome thousands of animals each year. Thank you.