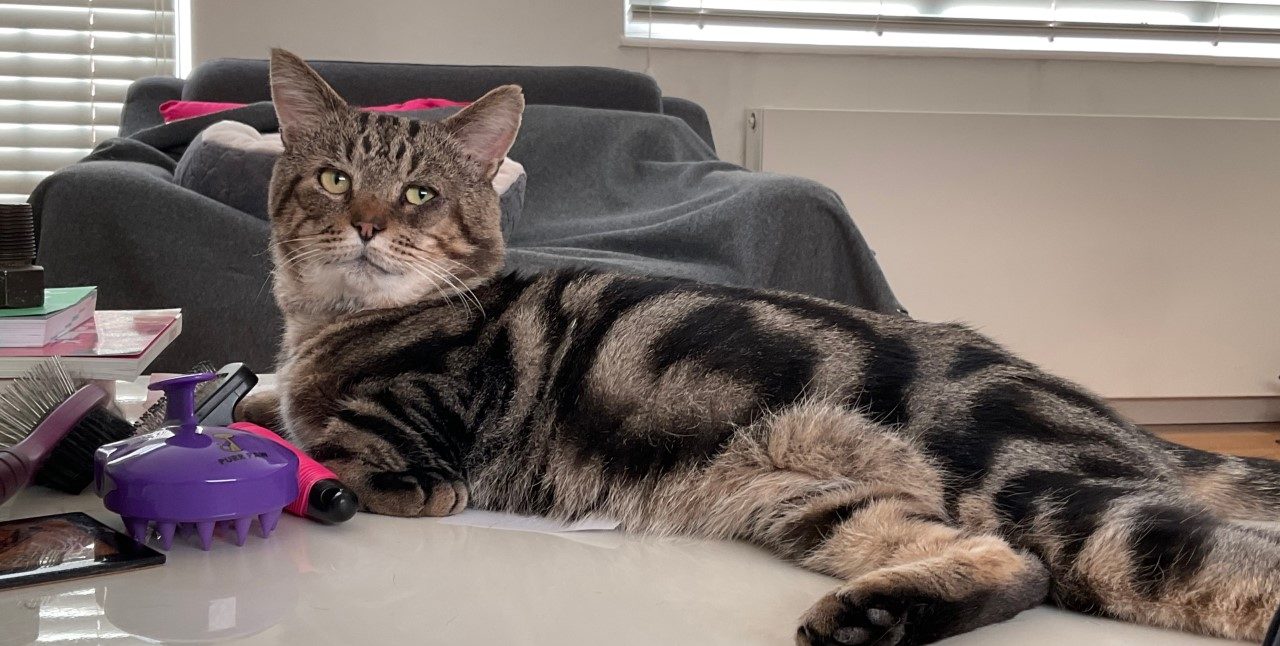 Tabby cat Django was in a sorry state when he came into the care of Together for Animals member Mayhew. But, thanks to their fantastic Veterinary and Cattery teams, it wasn’t too long before he was back on his paws.

On Django’s arrival at the London centre, he had a ‘goopy’ eye, due to a painful condition called entropion, which meant his eyelashes were rubbing against the surface of his eyeball. This was causing him a lot of distress and putting him at a greater risk of infection. In addition, the poor boy also had several broken teeth. 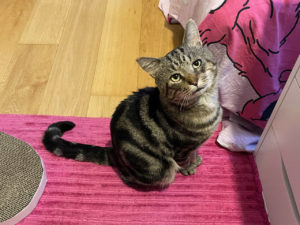 When the vets were doing Django’s routine check he also tested positive for Feline Immunodeficiency Virus (FIV), a virus that causes cats to have a weakened immune system, leaving them more vulnerable to infection and disease. Although FIV is an incurable disease, it’s also a manageable infection – with many cats living healthy lives despite being FIV positive.

Thankfully, the incredible Veterinary team were able to step in and address Django’s health issues promptly, including performing surgery to fix his entropion and remove his broken teeth. He was also neutered and given flea and worm treatment.

Under the watchful eye of the cattery staff, this handsome boy started to make a good recovery and the team saw his loving personality begin to shine through. He was soon well enough to find a loving new family.

With his good looks and charming temperament, Django luckily didn’t have to wait too long, and the team were soon waving him off to his forever home. We’re delighted to report that he has settled in well and his adopter tells us he is doing brilliantly!

Together for Animals supporters play a special role in helping sick and homeless animals like Django. Your support helps provide the expert treatment, medicines, food, rest and recuperation that these vulnerable animals urgently need.