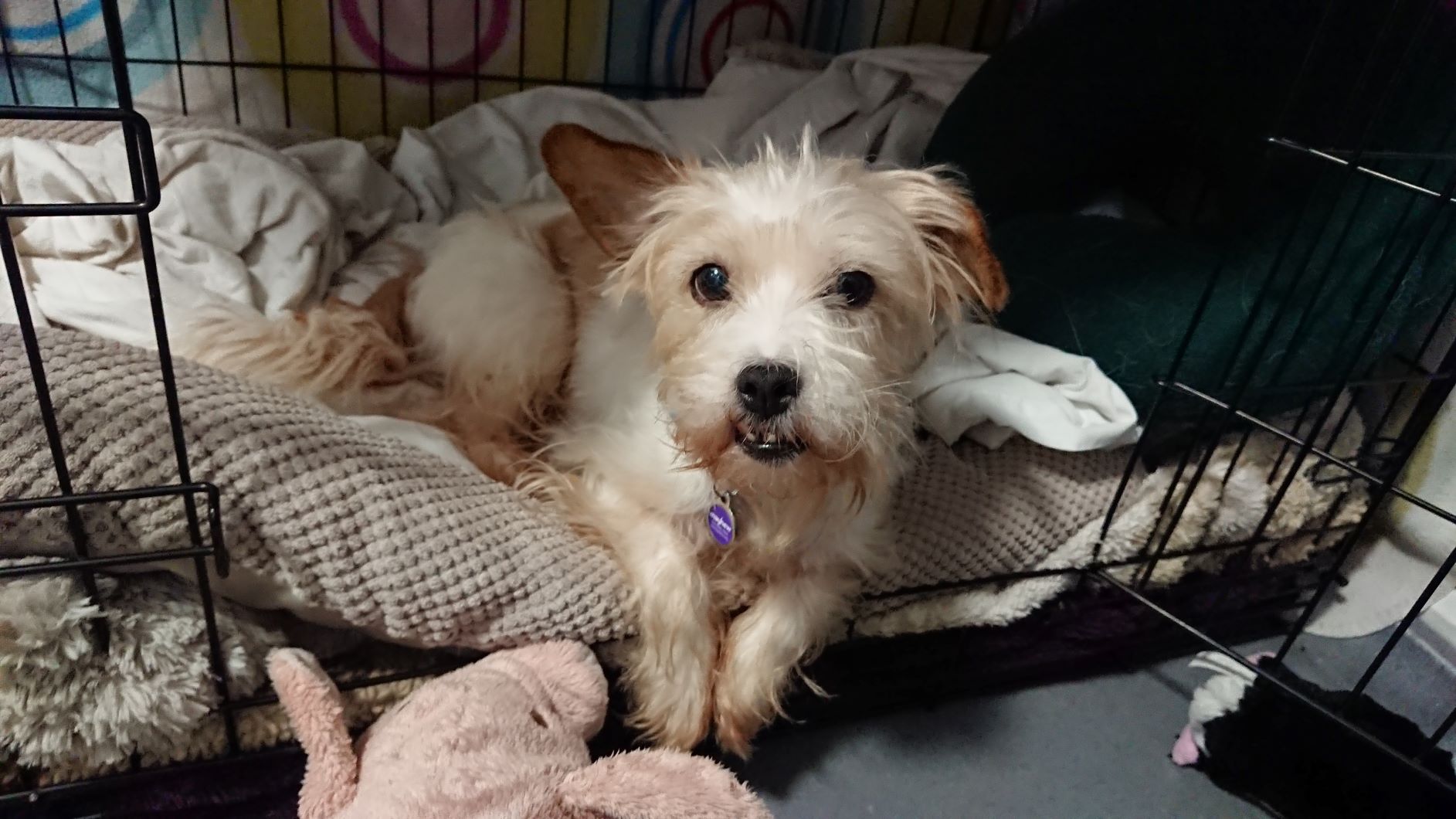 In January, a concerned member of the public called Together for Animals member Mayhew to help a thin and bedraggled dog who had appeared in their garden.

Dora, a four-year-old white and tan terrier, had clearly been living on the streets for some time. She was very underweight and her coat was stained and matted. 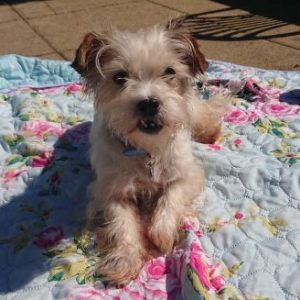 When Mayhew’s Animal Welfare Officers arrived to investigate, Dora was terrified and avoided all human contact. She was so scared that it took the team two weeks to trap her so they could take her in to the London-based rehoming centre.

Once Dora was safely at Mayhew, their Kennels staff spent time quietly sitting with her, getting her used to human company. She was bathed and brushed to make her more comfortable and had medication for an underlying ear infection as well as flea and worm treatment. At first, Dora was extremely timid and kept completely to herself, but after a few weeks she began to relax and allow the team members to get closer. She even started wagging her tail when they entered her kennel.

Although Dora bonded with a few staff, she continued to be fearful of any new or noisy environments. To help her rehabilitation, she was
placed with one of Mayhew’s experienced foster carers. As well as giving lots of love and cuddles, she worked patiently with Dora on things like housetraining and grooming, making sure to take everything at the dog’s pace to prevent her becoming overwhelmed. Slowly Dora began to learn to trust.

Sue, Dora’s foster carer, said: “Dora is a very sweet and sensitive girl. It was fascinating to see the tiny, subtle changes in her body language and behaviour compared to the skittish, terrified dog I first met. She eventually took a piece of chicken off my leg and I felt like I had won the lottery!”

Dora’s progress was slow, but she improved a little each day, making small steps and becoming increasingly confident and happy. We are delighted to say that now, following months of love and care, she is back on her paws and ready to find her forever home.

Your support helps provide the care animals like Dora need while they wait to find a new loving family.